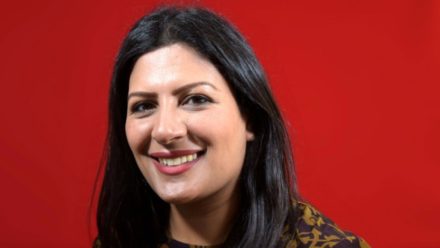 Labour’s Preet Gill has the job of defending Edgbaston, which Gisela Stuart has held since 1997, though her majority was just 2,706 two years ago. Stuart, one of few Labour Brexiteers, has decided to retire, and the seat narrowly backed Remain in the EU referendum – though Birmingham as a whole went narrowly for Leave.

Twenty years ago this bellwether seat – the first Labour gain from the Tories on election night, and just the seventh to declare – was seen as a strong indicator of the landslide that followed. It represents something of a steep challenge for Gill, who seeks to become the first Sikh woman in the Commons and to hang on to it in the face of volatile polls and slightly lower name recognition than her predecessor.

What have you got to offer the people of Birmingham Edgbaston in Britain’s next parliament?

“I’ve been a councillor in Sandwell for five years, and cabinet member for public health and protection. I’ve always wanted to be an MP. It’s something I wanted to do when I was very young, but I think being a councillor, working in local government really opens you up to that.”

“Being a councillor, you just see how much more you could do for people that don’t feel engaged in politics.

“In Sandwell, the ward I represented, the demographic make up is 24 per cent Sikh, for example, but I’m the only Sikh female councillor in 72 councillors. Representation and how we make sure that local government and national government represent the people they serve is really important.

“Recognising that made me then look at the fact that there aren’t any Sikh MPs in this country, we’ve never had a Sikh female MP, it requires somebody to take that step.”

“I think we’ve got to understand what BME means, we’ve got to look at data- what does the data tell us in terms of supporters, for example, how many of those are from ethnic minority groups, and making sure we’ve got proportional representation of people who are core Labour support. I think that’s important because we’re seeing a shift and change in politics, and how people are starting to vote.

“My father and grandfather were absolute Labour supporters – [but] what we are seeing though is future generations veering towards the Tories. If you look at Labour values they are very much the ones that supported communities who migrated here, and helped those communities to prosper, through legislation around equality and fairness.

“Representation is a really key factor that I don’t think any party can ignore, especially the Labour party, and I think it’s done a lot more in the call of this election to address that representation.”

“The fact that we don’t have any Sikh MPs is quite shocking in a way, when you think about how long Sikhs have been here and their contribution – but that puts a bit of responsibility on the Sikh community as well, in terms of how they are pushing their young people to get involved and engaged in politics.”

“Being in public service, and being a social worker, I really care about social justice. I’m very, I suppose, centre-left if you want to describe it like that. I really value the Labour ideology and policy around making sure that everybody has an equal opportunity to do well in this country.”

How has Brexit affected the seat?

“The result here was to Remain, but it was a very close result. It’s interesting, when I started the campaign, I was expecting to have a lot of questions about Brexit and while that’s been played out nationally, I have to say, people feel Brexit or no Brexit – what’s the impact on the NHS? What’s the impact on education? What does it actually mean ffor jobs and economy in the local region.

“There is a real concern on Brexit and how will it impact our economy here around manufacturing, in terms of Horizon 2020 [the EU research schemes], Erasmus and those programmes that are really – for this constituency – a big thing.”

“But I think for the general public it really is those issues around education cuts, NHS and getting good school places and policing [that are key].”

“Lots of reasons why Britain needs a Labour government! Labour talks about being for the many not the few – and that’s absolutely correct.”

“Ninety five per cent of people in this country will not see any increase in their tax or national insurance contributions – surely that’s got to be right, and the way to fund our public services. Surely it’s not a big ask to ask the top end five per cent to contribute towards that.”

“Debt has increased, sterling has collapsed under Theresa May, every economic target they set they haven’t met. They said they weren’t going to tax small businesses but they have, they’ve done a u-turn on that. They’ve got an uncosted manifesto, people aren’t really clear on what they’re going to get from a Tory government. On the basis of that alone, we need a Labour government.”

What has been the number one issue on the doorstep?

“Got to be the NHS, very close second education.

“The school I went to will lose £500,000 by 2020. That means the headteacher and the governors are going to have to make some tough decisions – that is equal to 15 teachers. So, increased classrooms sizes. Losing lessons. Where is the investment into our children, teachers and parents – early on when it really matters?”

“For me it’s very clear – I ignore every single poll, because what’s really important is a win in Edgbaston. In order to get it win, it means working hard, supporting the volunteers that come out everyday and making sure we have a very clear campaign strategy and putting everything into it.

“That’s what’s going to get us a win in Edgbaston – not worrying about polls and other things.”

“No. I think this week was a really good example of that – watching Jeremy Paxman and the leaders’ debate. Attacking Jeremy [Corbyn] every time he tried to answer a question and not allowing him to finish – which was quite in contrast to Theresa May’s interview – showed the very negative approach used.

“Every time I hear a Labour figure on the radio, they’re being attacked around the figures. The funny thing is you can print off the costings, journalists are getting quite lazy in my opinion, because they’re not prepared to print it off and read it and digest it but they’re prepared to hammer somebody that comes on for an interview.

“I can honestly say I don’t think I’ve really had much opportunity to sit and relax!

“What I did have this morning, is I had a lie in and I was able to talk to my daughter who was awake at the same time that I was. She’s going on a trip next week and she’s really excited. So talking to her about not seeing mummy and going on a trip was really quite relaxing – I was actually having a conversation that was nothing to do with politics. It just felt nice to hear what’s going on for her.”

“She had a visit from Theresa May at her school, and she was saying to me ‘you’re a different party aren’t you mummy?’, ‘yes I am’ and she said ‘you’re going to win – I’m 99 per cent sure’ so that was great.”

Want to help keep Edgbaston Labour? You can find campaign events near you here.