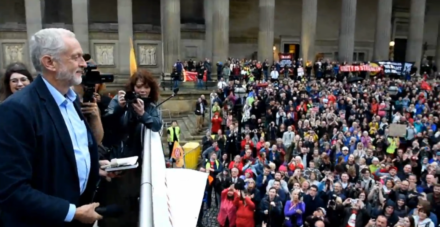 On June 8, I voted in my first general election. It was exciting. Labour denied Theresa May a majority, got itself back on track after trailing for so long, and I was a part of it. Still, I knew my vote hadn’t made a difference.

In my constituency, North Cornwall, the Conservatives won with 51 per cent of the vote. Labour came third, but we’d managed to double our vote. Across Cornwall the Labour vote surged – from 12 per cent to 27 per cent, beating the Lib Dems for the first time since 1955. Cornwall embraced Labour in an unprecedented way.

Sadly, the electoral map did not reflect this.

Despite the Conservatives winning only 48 per cent of the vote across Cornwall they ended up with all six of the county’s MPs. Some 68,000 people voted Labour in Cornwall but were denied representation and, across the country, there are millions more like them. Labour is unrepresented in these areas and they are underrepresented in Labour. The first-past-the-post system damages our ability to be a movement for the whole country. Instead, we are forced to focus on a small number of marginal constituencies.

Under FPTP, this focus on marginal seats is strategically essential but deeply damaging. It leaves vast electoral deserts – exaggerated, polarised heartlands. In these areas, many Labour supporters feel the need to vote tactically, or just do not vote at all, artificially depressing our vote share. In our strongest areas, we are often seen as complacent or unresponsive, fuelling the rise of parties such as UKIP and the SNP.

This cycle cannot be broken without abolishing first past the post.

Some will say, from a self-interested perspective, that FPTP is good for Labour. It has, they will say, given us majority governments in the past. This is deeply flawed. Just look at the most recent election: Labour received 40 per cent of the vote, more than it has had in any election since 2001, but won only four more seats than 2010, when we received 29 per cent of the vote. The electoral maths of FPTP has shifted in the Conservatives’ favour.

Historically, Labour has been a party of alliances. A broad church of the many against the vested interests of the few. This suits a proportional system. In the last 15 elections, parties to the left of the Conservatives have won a majority of the votes 14 times. But because of FPTP the Conservatives have been in power most of the time.

This idea is born out by the evidence of democracies across the world. Since the 1950s, countries with “majoritarian” systems have had governments broadly described as right-wing for around two-thirds of the time, while a study found the average figure for PR countries to be just a quarter. Because the left is “the many”, it is far more reliant on building alliances and coalitions between its constituent parts. The left has to do this under any electoral system, but it’s easier to do under PR: hence more progressive governments in countries with proportional systems.

Proportional representation will enable us to build a better society. There is a body of evidence suggesting causal relationships between proportional voting systems and many of the progressive and socialist values we hold. These are outlined in the joint Make Votes Matter and Labour Campaign for Electoral Reform report The Many Not the Few, published just before the 2017 manifesto.

Countries with PR tend to have lower income inequality, are more likely to be welfare states, have higher scores on metrics of human development, and a more equitable distribution of public goods.

Some in our party are still resistant to this change, but the tide is rapidly moving against them. MPs from across the party have come to the conclusion that FPTP is no longer fit for purpose, including shadow chancellor John McDonnell. Some 76 per cent of Labour voters said they would support a commitment by the party to change the voting system.

But to change party policy, electoral reform needs grassroots support. It’s time to take this debate to our branches and CLPs; to socialist societies, affiliates and trade unions. Working with Make Votes Matter, the Labour Campaign for Electoral Reform is providing speakers to CLPs and many have already passed motions calling for the party to adopt PR as policy. There are dozens more such discussions in the pipeline – and I invite you to host a Labour speaker on PR in your CLP to begin the debate.

If Labour is on the path to power, we have to make it count. To put power in the hands of the many, and radically alter British politics well beyond our five or 10 years in power, we must adopt PR for elections to the House of Commons.

Owen Winter is a co-founder of Make Votes Matter, a cross-party campaign for proportional representation.

View all articles by Owen Winter