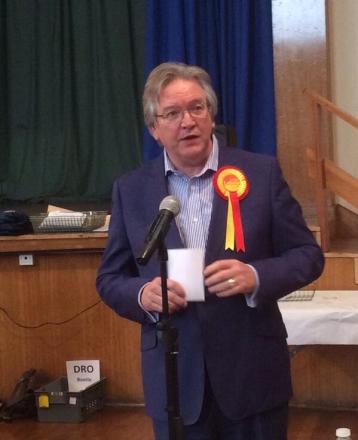 Senior figures from across the labour movement have criticised the “pathetic” and “insulting” manner of the Tories’ decision to adjust the public sector pay cap. Today Liz Truss, the chief secretary to the Treasury, said police and prison officers would receives rises beyond the one per cent ceiling – but some of the payments are a one-off and there was no offer for teachers, doctors, nurses or other state workers.

Jeremy Corbyn, Labour leader: Seven years of Tory pay cuts have not only caused real hardship, they have damaged our public services by hitting recruitment, retention and morale.

The government’s position seems to change by the hour. At the weekend, we were led to believe the pay cap was a thing of the past. Yesterday, the prime minister’s spokesman said it would “continue as planned”.

Today, as inflation rises to nearly 3 per cent, they try to divide people on the cheap. The Prison Officers’ Association is right: a pay cut is a pay cut and we must be united in breaking the pay cap for all workers.

So let me be absolutely clear today. The Labour Party totally rejects the Tories’ attempt at divide and rule, to play one sector off against another. A Labour government will end the public sector pay cap and give all workers the pay rise they deserve and so desperately need (in his speech at TUC Congress).

Peter Dowd, shadow chief secretary to the Treasury: Today’s announcement will come as cold comfort for those nurses, teachers and other public sector workers who the Government has ignored and will face even steeper pay cuts on top of what they have lost since 2010.

On the same day we see inflation rise to 2.9 per cent we get this derisory attempt by the Tories to pretend they are lifting the public sector pay cap, when in reality they are still going ahead with a pay cut in real terms for prison and police officers. And to add further insult to injury, the government are paying for this minimal change by further cuts to their already strained budgets.

Gail Cartmail, Unite assistant general secretary: This announcement is pathetic and will do nothing to address the pay misery that public sector workers have had to endure over the last seven years.

The government has signalled a ‘pick and mix’ approach to lifting the pay cap and with no new money it is difficult to see how austerity ravaged services will be able to afford to give a decent pay rise in the coming months.

It cannot be right that our public servants, the people who care for our sick, who keep us safe and clean our streets struggle to make ends meet and are forced to rely on foodbanks. All our public servants deserve a decent pay rise that keeps up with inflation and undoes the years of real term pay cuts they have suffered at the hands of Tory minsters.

If ministers think a derisory rise like this will deal with the staffing crisis in our public services, they are sorely mistaken.

Rehana Azam, GMB national secretary for public services: We do not welcome this paltry announcement, which is nothing but smoke and mirror politics that insults our public sector workers.

Make no mistake, our members across the public services are angry after seven years of pay pinching by the government. The idea that robbing Peter to pay Paul, raiding already stretched departmental budgets will solve this problem shows Theresa May is living in a fantasy land, far removed from public opinion.

It’s divisive and wrong to make an announcement that excludes the vital support staff in the police and prison services who are subject to the same pressures as their colleagues. How will police and prison services cope without the extra funding they need? The idea that we have to choose between decent pay for public sector workers and properly funded services is a false choice.​​

This isn’t just about pay review bodies or staff shortages it is about ensuring the Treasury provides the investment necessary for a fair pay rise across our public services. Any attempt to cherry-pick which public servants deserve a pay rise will be a betrayal to the expertise and dedication public servants make for the good of the country.