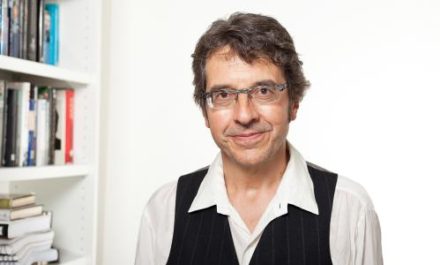 The ideology Labour confronts has penetrated so far into our lives, and has been so thoroughly internalised and reproduced, that we have found it difficult to see, or even to name. This ideology is neoliberalism.

Neoliberalism is the doctrine that human society should be defined as a market, its social relations reimagined as commercial transactions, to discover a “natural hierarchy” of winners and losers. Any attempt to limit competition or change social outcomes is treated as hostile to liberty. Trade unions should be crushed, tax and regulation minimised, public services privatised or reconstructed in the image of the market. Inequality is recast as virtuous: a reward for merit and a generator of wealth, which trickles down to enrich everyone. Efforts to create a more equal society, it maintains, are both counterproductive and morally corrosive.

Its assault on the public realm, on collective bargaining, on the redistribution of wealth, on public protection and on society itself has caused or exacerbated the multiple disasters we now suffer. So why does this toxic philosophy still dominate our lives? Principally, I believe, because its opponents have not produced a coherent new narrative with which to replace it. Labour’s renaissance, and the political opening it creates, enables us to tell this story. But it is crucial that we use this moment to create something new, rather than burrowing back into the solutions of the past.

Keynesian economics worked spectacularly during what the French call the trente glorieuses: 1945-1975. But I don’t believe they can take us through the 21st Century, for two main reasons. The first is that global finance discovered how to vitiate them. Its assault on capital controls, fixed foreign exchange rates and a balanced global trading system was highly effective, and has now made the UK’s post-war miracle almost impossible to replicate, within our financially porous borders. Without a radical reversal of the current global order, we are stuck with these constraints.

The second reason is that the economic growth it seeks to sustain runs headlong into the environmental crisis. Sustained economic growth on a planet that is not growing will inevitably crash through environmental limits. This is happening already, in the form of climate breakdown, soil loss (arguably an even more urgent and profound crisis than global warming), mass extinction, pollution and the myriad other assaults upon the world that gives us life. The purpose of economic life should be to deliver universal prosperity and wellbeing. But perpetual growth will eventually beggar us all.

We need a different approach. For many years, people have established their political identity by placing themselves on a linear spectrum, with state at one end and market at the other. If you want more state and less market, you identify with the left; if you want more market and less state, you align with the right. But the economy has four sectors: the state, the market, the household and the commons. The perennial neglect of the latter two has left us dependent on growth and contributed to the defining condition of our age: alienation.

A commons consists of three elements: an inalienable resource (it cannot be sold or given away), a community that controls and manages it, and the rules and negotiations developed by that community to ensure that the resource is sustained in perpetuity. The wealth arising from its use is shared equally by the members of the community. (Some cooperatives qualify as commons, though in most cases they differ in both obvious and subtle ways).

What I am about to propose is just one example of how the commons could be revived, with great benefits for prosperity, democracy and community. It is based on a resource that was once held in common almost everywhere, but has since been enclosed and alienated: the land.

At present, the people of most urban boroughs in Britain are exploited, ignored and overridden. We work like ants to pay outrageous rents to people who do not have to work at all, but enrich themselves massively through other people’s labour. The major part of the value of landlords’ property arises from the value of the land, rather than from bricks and mortar. One of the reasons why the land is worth so much is that it is lightly taxed.

The landlords’ economic power translates into political power. When they want to develop their property through gentrification and social cleansing, both residents and councils are almost powerless to resist them. This situation could be transformed – by a government acting in the interests of the many – as follows.

First the government imposes a stiff land value tax on valuable property. Part of the revenue is used, by central and local government, to fund public services. But the residue is returned to communities, that are each encouraged to set up a trust, run by residents, to handle and allocate it. How they use it is up to them, but the government also facilitates their capacity to buy land, through a community right to buy (similar to Scotland’s) and a community right to assemble building sites. The land value tax will already have brought down the price.

The community trust – which could now be described as a common land trust – becomes a property developer. Instead of waiting for commercial or municipal bodies to propose development schemes which might or might not meet their needs, communities can (with the help of professionals) put forward their own proposals. They might, for example, submit a plan for an estate with a high proportion of genuinely affordable homes. People on the housing waiting list, as well as buyers or prospective tenants who put down a deposit, would then have the right to design the estate, together. The opportunity to co-produce it ensures that, even before anyone moves in, community begins to form.

The trust continues to own the land, though it might sell some of the houses or apartments, while letting others. The revenues accrue to the trust. They can be used for a number of purposes: to buy and develop more land, to create or sustain public amenities, or to pay a local citizens’ income. The money that is currently sucked out of the borough (and often out of the country) by landlords now remains with its people.

This is just one example: there are many ways in which the crucial but neglected fourth sector of the economy, the commons, can be recreated. In doing so, a government of the many would help to counter the age of alienation with a Politics of Belonging. Prosperity is delivered without the need for perpetual growth.

It is the commons that anchors community. The difference between this approach and David Cameron’s cynical Big Society is that it is not just responsibility that has been devolved, but power, resources and the wealth arising from them. But crucially, it ignites values – community and belonging – that are shared by people across the political spectrum, and across the Brexit divide.

Through regaining their critical resources, people can genuinely take back control. Less fear, precarity and insecurity allows more generous, inclusive communities to form. Cooperation and mutual aid become the norm. As the work of social psychologists attests, when we perceive that there is such a thing as society – that we have a role, a place and a voice – our dominant values shift away from individualism, selfishness and greed towards mutualism, empathy and altruism. Empowered belonging insulates us against demagoguery. As Hannah Arendt pointed out, it was from the dust of pulverised societies that fascism arose.

Let’s use this once-in-a-generation opportunity to think and work in new ways, and to develop a politics that will carry us through the fraught decades to come.

George Monbiot’s new book is Out of the Wreckage: a new politics for an age of crisis. He is a columnist for The Guardian and not a member of any political party.

View all articles by George Monbiot