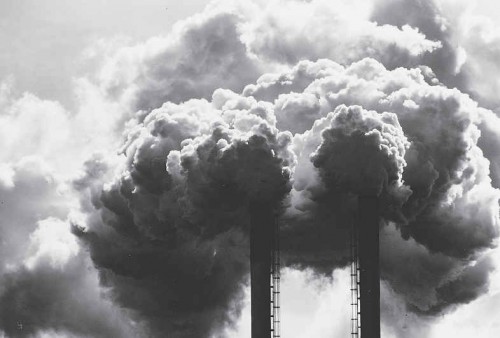 This is part of a series of articles in the run-up to the Budget on November 22.

The independent economic forecaster, which is called the Office for Budget Responsibility, is not a natural bedfellow for those seeking radical change. But a major policy announcement from the shadow chancellor this week could transform the way we consider the relationship between the environment and the economy, and help catalyse the climate action we so desperately need.

Getting parliament to act on climate change is difficult. For all the benefits that the solutions can bring – skilled jobs, economic growth, and cleaner towns and cities – it all too often feels like the political system is set against change. With the constant shift of the electoral cycle, long-term planning is often ignored for short-term gain, with governments reacting to the immediate and the daily crisis and not the systematic threat.

The sheer scale of the climate challenge can also make action harder. Whilst it’s easy to point to one-off events such as flooding or extreme weather, the long-term effects are harder to succinctly explain, from the impact of environmental change on trade and trade routes, to the risks to agriculture from environmental degradation. A recent sociological study found that MPs struggle to make climate change – and its solutions – tangible and “do-able”.

The Conservatives’ record on the environment in government is a case in point. Whilst their rhetoric has claimed leadership on the environment, in reality their policies have been at best inconsistent and often counterproductive. In place of a wholesale shift to clean energy, we’ve had token support for offshore wind, whilst cheap onshore turbines are blocked and dirty fracking is enthusiastically promoted. Support is provided in the aftermath of extreme flooding, yet the Environment Agency and the Department for the Environment, Food and Rural Affairs have been cut to the bone.

Against this background, McDonnell’s announcement that a Labour government would integrate economic and environmental planning is therefore hugely welcome. Speaking at the IPPR’s economic justice conference this week, he pledged that under him and Jeremy Corbyn, the OBR would factor the risk of climate change and environmental damage into its economic forecasts. The forecaster would also report directly to parliament, rather than to the Treasury, as it does currently.

Looking to the financial sector, this isn’t a radical move at all. In recent years financial institutions, from the insurance sector to investment funds have been considering both the current and long-term impacts of climate change on investment portfolios and assets. The Bank of England is, for example, already modelling the impact of climate change as part of its stress-testing of British banks.

Yet by ensuring, to quote McDonnell, that climate change and the environment are addressed from “the very centre of government”, the plans have the potential to bring about the scale of change we need to de-carbonise our economy. The current and future costs to the public finances of environmental damage are huge. Flooding already costs Britain an estimated £2.2bn annually and is expected to dramatically rise, not to mention the financial impact of increased food prices, changes to productivity and the impact of air pollution.

By recognising the impact of runaway climate change alongside the likes of demography, MPs and policymakers will be able to see the economic necessity of radical action. The myth that economic prosperity and the environment were somehow separate, and you had to choose one or the other has slowed action, and was used repeatedly by the likes of Osborne. This modelling will show what he once called “the green Taliban” is no longer the insurgency – it is the mainstream; considering climate risk is a vital aspect of fiscal responsibility. As McDonnell said: “sound, responsible economic management” should be – and beyond government it is – already accounting for this, with economic and environmental fortunes intertwined.

The pledge for the OBR to report to parliament, not the Treasury, is also significant, not only for the environment but for government scrutiny in general. We’ve already seen how supposedly independent, powerful bodies such as Natural England or the Equalities Commission have been weakened and their advice ignored. Any added safeguards against the same fate befalling the OBR should be welcomed.

We should also support McDonnell’s vision of the OBR as “a new centre of expertise for environmental macroeconomics”. Britain already has a reputation for climate knowledge. Developing this further still will not only be a profitable export, but it will strengthen our international efforts with a valuable new resource for the climate conversation.

This move isn’t, of course, a silver bullet. Whatever they consider, the OBR’s reports will still only be projections, and it will be up to the government to take on the difficult, and far-reaching transformations that will be needed to avoid the potential costs. Yet even here, McDonnell’s speech was significant for the very fact of its existence. When was the last time we heard a Conservative chancellor deliver a speech on climate change?

SERA has long-called on the Labour Party to show bold leadership on the environment. With the shadow chancellor unequivocal that a Labour government will be “absolutely committed” to addressing climate change as “our greatest single challenge”, then there is certainly room for optimism.

View all articles by Adam Dyster