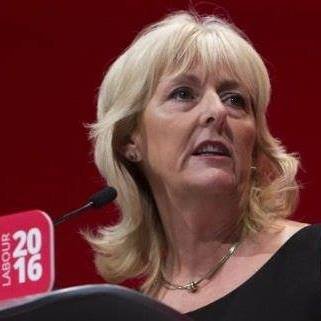 Labour MPs are lining up to publicly back Jennie Formby’s bid to become general secretary of the party following Iain McNicol’s resignation.

Rising star Laura Pidcock and shadow local government secretary Andrew Gwynne are among those on Twitter using the hashtag #JenSec to express their support for the Unite candidate.

Delighted the amazing @JennieUnite has put herself forward to be the next Gen Sec of @UKLabour. Jennie’s knowledge of our movement is second to none, she has incredible organisational ability & huge respect within the party. She has my backing to take us to the next level #JenSechttps://t.co/dRHPhEPXxp

Good to see that friend and comrade @JennieUnite Jennie Formby has announced her candidacy for #JenSec of the Labour Party She certainly has my support Great candidate #ForTheJennie https://t.co/fa0QWWcNrq

Chris Williamson pipped them to the post with his supportive tweet, but missed the opportunity to use the ‘punny’ hashtag.

Absolutely delighted that @JennieUnite has put herself forward to be Labour’s next general secretary. She will be a brilliant choice.#JennieForGShttps://t.co/utvbgtwVOf

Meanwhile, there were suggestions that Jon Lansman was considering the role, but Guardian political editor Heather Stewart reports that the Momentum founder “may have caved into pressure from Jeremy Corbyn’s office and decided not to stand”.