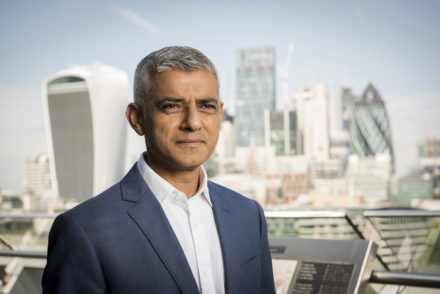 Over the last few years, recorded crime has begun to rise significantly across England and Wales – particularly the most violent crimes. This is on the back of nearly eight years of sustained Tory cuts to our police and criminal justice system, as well as cuts to vital youth services, children services and education.  This government has been desperately weak on crime and even weaker on the causes of crime.

In London, I’m doing all I can to crack down on violent crime, particularly knife crime, and mitigate the impact of government cuts to front line services. Just over two weeks ago, I announced my decision to provide an additional £50 million towards policing by raising the council tax police precept to the maximum allowed.

Today, I have decided to provide £60m of additional funding this year and every year to put an extra 1,000 police officers on our city’s streets. Years of Tory cuts to the Met Police means I’ve had to take the unusual step of using money raised from business rates – usually used to promote economic growth – in order to protect officer numbers as much as possible.

But I also understand the importance of tackling the root causes of crime, including knife crime. That’s why I’m setting up a brand new £45m Young Londoners Fund to invest in the kinds of services and activities young Londoners desperately need.

Ultimately, the buck for the national rise in crime stops with the Tory government. Time and again they have ignored the warnings of police officers and other experts about public safety.  Until the government wakes up and recognises that the current crisis is a national problem – that requires national solutions to resolve, including substantial investment – our brave police officers, probation teams, youth workers and volunteers will be left doing their jobs with one arm tied behind their backs.

As the Mayor of London, I’ve seen first-hand how the Tory cuts have had a crippling impact on our police force and London’s youth services. In our city alone, £700m has been cut from the Metropolitan Police Service’s budget since the Conservatives came to power and the Met must now find a further £370m of savings by 2021/22.

At the same time, cuts imposed by central government have led to more than £22m being taken away from youth services, resulting in the closure of some 30 youth centres since 2011 that had previously served at least 12,700 young Londoners. It is the government’s job to adequately fund the police and youth services, mental health and education services, but the Tories have abdicated this responsibility – not just in London, but all over the country.

So it’s now falling to councils and Mayors across the country to do what we can to counteract the very worst effects of Tory austerity. Even with the limited resources at our disposal, we understand our duty to do everything possible to protect our communities against the damage done by the Tory cuts and to keep people safe.

My new Young Londoners Fund will see £15m invested in education, sport and cultural activities in our city every year for the next three years. Two thirds of all the money, which is coming from council tax and business rate returns, will be made available to local communities, youth centres, charities and schools who can apply for funding. The remainder will be used to build on existing projects funded by City Hall that are offering vital support to young Londoners.

The fund – which is in addition to the £7m investment I’ve already put into preventing knife crime – will have a strong focus on those communities disproportionately impacted by government cuts to youth services. It could be used to support projects that build aspiration and promote active citizenship, activities that keep young Londoners out of trouble, or programmes designed to address childhood mental health issues and untreated trauma.

For many young people growing up, especially those from deprived and disadvantaged communities, these services and activities are crucial. I know from personal experience they help to give young Londoners a sense of direction that enables them to stay on the straight and narrow when they might otherwise be at risk of being sucked into a life of crime.

Wherever I go in London, communities tell me that young people need more to do – and I agree. I’m not going to stand by whilst the Government turns its back on London’s young people – the very Londoners who are most likely to suffer from the national rise in violent crime.

So I’m doing everything I can to give young people alternative pathways that allow them every chance of success. And communities welcome the promise from Jeremy Corbyn – a Labour Government would recruit 10,000 more police officers nationally to help keep us all safe.

With the right approach in London and across the country, I know it’s possible for us to end the scandal of young talent going to waste, and to help all young people fulfil their potential.

Sadiq Khan is Mayor of London.