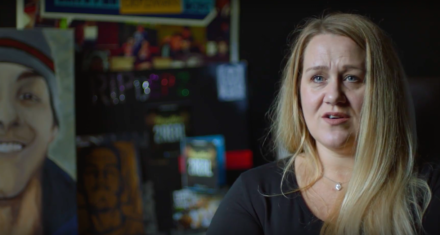 Labour’s second party political broadcast released ahead of May’s local elections shows parents, youth workers and retired police officers talking about the impact Tory austerity has had on their lives.

“After years of cuts to the services and police our communities rely on, violent crime is rising,” said Jeremy Corbyn speaking about the broadcast.

“This film allows us to listen to those on the frontline, who really know what’s going on and have the skills and knowledge to fix it if they were given the resources and support.

“Austerity is the enemy of security. You can’t have community safety on the cheap.”