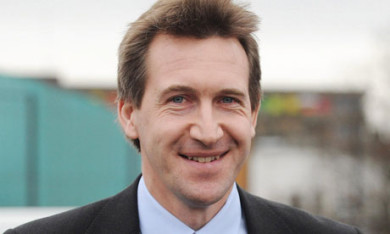 In a statement, Jarvis said: “I am proud to have been chosen, grateful for the opportunity to serve, and please to have been part of such a comradely contest; the conduct of our members has been in our best traditions of our Labour movement.”

He added: “Today’s result is a vote of confidence in the platform on which I am standing, and the potential of devolution; first in the Sheffield City Region and then across ‘wider Yorkshire’.”

Thank you to @UKLabour members across South #Yorkshire for selecting me to be their mayoral candidate, with 58% of the vote. Thank you to @CllrBenCurran for a comradely contest.🌹

Jarvis’ rival Ben Curran, who was backed by Momentum, expressed congratulations on Twitter:

Let me be the first to congratulate @DanJarvisMP . The task now is for the entire @UKLabour family to come together and get behind him & ensure a Labour Mayor for South Yorkshire is elected on May 3

Thank you to everyone who voted for me & helped my campaign.Really appreciate it

As reported on LabourList when the Barnsley MP first announced his intention to run, it was understood he wanted to remain in the Commons to argue for stronger powers across Yorkshire.

But if elected on May 3rd as the first directly elected mayor of Sheffield, it is now expected Jarvis would have to step down as a Labour MP according to a new party rule.

The national executive committee passed a ruling this week banning Labour politicians from holding more than one full-time elected public office at the same time.