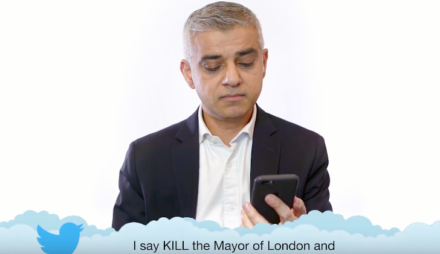 Below is a video released by Sadiq Khan.

The London mayor reads out abusive tweets he has received and calls for action to #endthehate.

Khan goes on to read abusive comments, with twitter users inciting violence against him, calling him a “Muslim terrorist” and urging him to “blow himself up”.

At the end, the mayor says: “I don’t read this out to be portrayed as a victim, but I worry about what happens when young boys and girls from minority backgrounds see this kind of thing on their social media timelines or experience it themselves.”