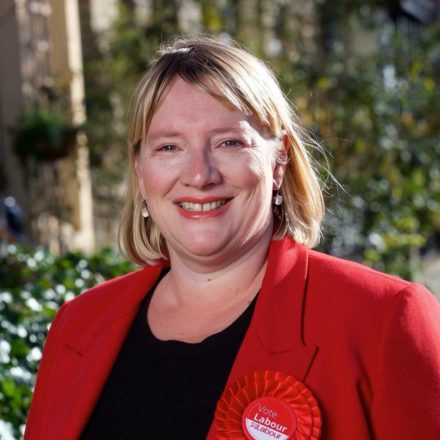 Jane Aitchison has been chosen by local Labour members to fight Pudsey, set to be a key marginal seat at the next election.

The full vote breakdown was as follows:

Speaking after the result was announced, Aitchison said: “I have represented my union members in Pudsey for over 25 years. When I thought for a minute about the difference a Jeremy Corbyn-led Labour government could make for them and for Pudsey and the whole country, I knew I had to give it my best shot and you know I will.

“Thank you all for your support. Together for Labour, for Pudsey and for the many, we will win.”

Congratulations Jane. I shall look forward to seeing you sitting on the green benches in the House of Commons

During the selection process, Aitchison was criticised by Corbynsceptics after the Red Roar website claimed she helped run Unite the Resistance, linked to the Socialist Worker’s Party (SWP), and has supported the Socialist Party in the past.

Arif, a Leeds councillor who was also shortlisted, had gained the support of Labour MPs Rushanara Ali, Preet Gill and Rosie Duffield.

The local councillor also had the backing of Ian McCargo, Labour’s candidate for the West Yorkshire seat in June last year. McCargo was not able to stand again as an all-women shortlist was used in this selection.

Jane Aitchison will challenge incumbent Tory MP Stuart Andrew, who now has a wafer-thin majority of 331 votes. The Green Party stood aside last year to help avoid a Tory win, which likely helped cut Andrew’s majority down from 4,501 in 2015.