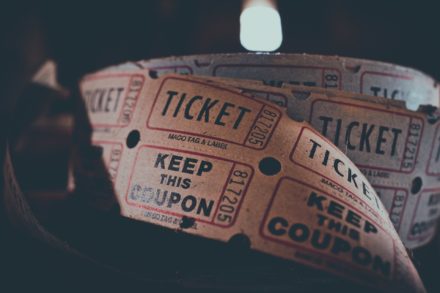 When Hollywood actor Frances McDormand ended her Oscar acceptance speech with the words “inclusion rider”, many people took to the internet to find out more. Like me, many will have found a Ted Talk by Dr Stacy Smith of the University of Southern California explaining what inclusion riders are, and why the film industry needs them so badly.

Dr Stacy Smith’s research found that across the top 100 films of 2015, almost half did not feature a black or African-American speaking character. 70 did not have any female Asian or Asian-American characters, and 84 films featured no female characters with a disability.

The lack of inclusion and representation in the Hollywood film industry is woeful. Inclusion riders, clauses that actors can choose to add to their contracts stipulating certain representation standards, are being adopted by many celebrities who want to make a difference. But action by a few A-listers is not enough.

In the Labour culture team, we understand that lack of diversity is a problem, and we want to bring about change. Our own data show that of the films that passed the cultural test associated with the UK Film Tax Relief in the last 3 years, only 15.6 per cent had directors and co-directors who were women.

We are determined to help to change this. Dr Smith joined me in parliament recently for a roundtable discussion with members of the British Screen Advisory Council and others from the creative industries about inclusion and diversity in the UK. It’s clear that the UK film industry is making progress, but there is more to be done.

For example, as a result of the BFI Diversity Standards, productions need to comply with a diversity checklist in order to receive funding from the National Lottery, Film 4 or BBC Film. This means that many independent British productions are already making changes. But what about the big Hollywood blockbusters made here in the UK? We want to ensure that they are meeting representation standards too.

I recently visited the Warner Bros. Studio near Watford. When JK Rowling sat in her local cafe writing the first Harry Potter book, she could hardly have anticipated how her story would lead to a huge investment in film production in Britain and a whole new studio complex.

As a result of this, and with the support of the UK Film Tax Credit, many more blockbuster films are being produced in Britain, from Mission Impossible to Ready Player One. As Stacy Smith has pointed out, in most films only a small number of key characters have to be a particular gender or ethnicity for the purposes of the story. A real effort to have a more diverse cast and crew could make a huge difference.

A Labour government would add inclusivity standards into the film and high-end TV tax reliefs, in addition to the cultural test already in place. And we will look at other tax credits in the creative industries to ensure that where public money is invested, inclusion is included.

Labour wants our creative industries to draw their workforce from the many, not the privileged few. We will use public policy to open up these opportunities to the most underrepresented groups in society who have been locked out for too long.

Kevin Brennan is MP for Cardiff West and a shadow digital, culture, media and sport minister.

View all articles by Kevin Brennan