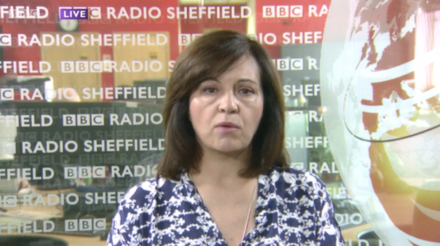 Caroline Flint has been accused by colleague Chris Leslie of “starting to sound a little bit like  Jacob Rees-Mogg”.

The accusation was made on the BBC’s Sunday Politics while the Labour MPs argued over whether the party should back the EEA amendment.

Making her case for not supporting the Lords EEA amendment coming to the Commons this week, Caroline Flint said: “The majority of Labour MPs recognise the EEA, Norway option, is the worst option for the UK.”

Chris Leslie replied: “The EEA does allow for more flexibility on migration. There’s this clause, Article 112, which can be invoked by members of the EEA.”

“It is not just about rule-taking – there are rule-shaping powers within the EEA as well,” he added.

“The majority of Labour MPs recognise the EEA, Norway option, is the worst option,” says @CarolineFlintMP.