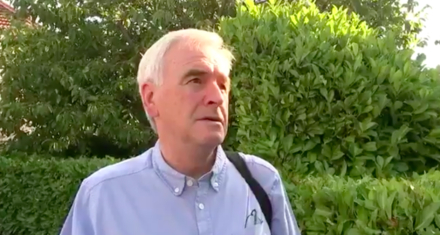 John McDonnell has spoken out about Labour’s antisemitism row and said it has “shaken us to the core”.

Speaking to the BBC, the Shadow Chancellor said: “None of us fail to appreciate the… way this has upset people including ourselves. It’s really shaken us to the core really. But we’ll resolve it, we’ve got to.

Labour @johnmcdonnellMP says anti semitism row has “shaken us to our core” pic.twitter.com/WBHAoW3TXj

McDonnell’s intervention follows an interview with The Independent in which he described antisemitism as “deeply upsetting” and Labour’s “low point” over the last year.

“I thought we had got to a position where we are able to move on – we’re not – we’ve got to resolve that by September,” he said. “The discussion is taking place I think that will enable that to happen.”

Yesterday The Times reported that McDonnell had met Jeremy Corbyn to criticise his approach to the antisemitism scandal. The Shadow Chancellor has already openly encouraged the party to drop action against Labour MP Margaret Hodge who is thought to have called the Labour leader an antisemite.