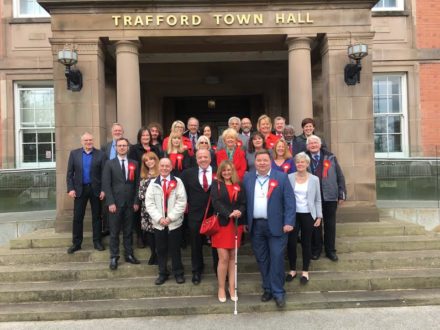 After a fantastic result in May’s local elections, this week marked 100 days since the formation of the first Labour administration in Trafford since 2004. Whilst only a minority administration at the moment – determined to finish the job next May – local councillors have hit the ground running to bring about positive change for residents.

We all know how tough things are for councils in difficult financial circumstances and Trafford is no exception. Almost £150m has been stripped from the council’s budget since 2010 due to government cuts, with a complicit Tory council locally happy to slash key services and privatise much of what remains. As things stand, we have another £30m to take out of the budget over the next three years but after such a fantastic effort to wrest control of the Tories’ northern flagship we are absolutely focused on putting Labour values into practice and improving the lives of local residents.

Winning in May was the result of years of hard work by hundreds of party members in Trafford, with much appreciated support from comrades across the North West in the run up to May too. That hard work wasn’t just about getting the Tories out, so I wanted to set out some of what we’ve been up to in our first 100 days so that members can see the difference a Labour council can make even when there isn’t much money to spend. Here is just some of what we’ve done in a few key areas since May:

Social care and support for the most vulnerable

We’ve taken action in other areas – this is just a flavour of some of our work so far. There’s an awful lot still to do and huge challenges ahead, but I’m incredibly proud to lead a Labour council showing the difference Labour policies can make at a local level. Our first 100 days have been a learning curve, but I’m really excited for what lies ahead. 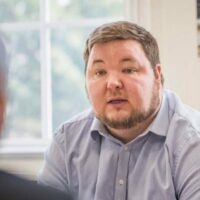 Andrew Western is a Labour councillor and leader of Trafford Council.

View all articles by Andrew Western