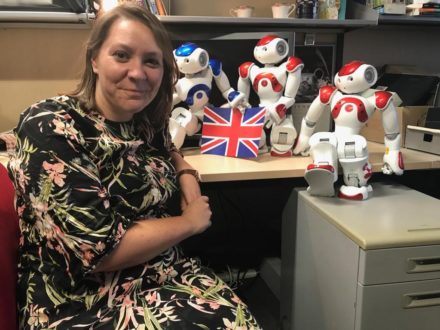 We learnt it when James Watt invented his steam engine. I’m talking about the great lesson, which tells us technological revolutions unleash forces that shape our economy and society – and unless properly guided and regulated, they can cause mass misery as well as glittering prizes. That was true of the industrial revolutions that gave rise to the greatest riches and the worst poverty the world had ever seen. The beating heart of the industrial revolution, the North East, saw great cities, mines, shipyards and steelworks create thousands of jobs and make millionaires of some. Our region also saw destitution when trade declined in the 1920s and 1930s, and in the 1980s when Thatcher left the North East to rot.

Once again, our economy, society and even brains are being shaped by the rapacious development of technology. We don’t need to gaze into a crystal ball when it comes to artificial intelligence and automated industry and services – it is happening all around us. We’re used to ATMs. Every supermarket has automated check-outs. It won’t be long before baristas, bankers, hotel receptionists, waiters, shop assistants, lorry drivers and cabbies are replaced by robots. A 2014 study published by Deloitte estimated that 35% of jobs in the UK in 2013 had a greater than 66% chance of being automated in the coming decades. The Bank of England estimates that up to 15 million UK jobs could be automated in the next 20 years.

I’ve had the privilege of seeing robots immaculately spray-painting cars in the Nissan factory in Sunderland. On a recent visit to Sheffield’s Advanced Manufacturing Park, MPs from the business, energy and industrial strategy committee saw a ‘3D printer’ create complex components of an aeroplane engine. The robot did in hours what a skilled team of engineers would have done in days. Yet we are already starting to get left behind. The UK has fewer industrial robots than other G7 countries, with an estimated 17,000 in use in 2014, compared to 176,000 in Germany.

I’ve just returned from a parliamentary trip to Japan, for decades at the cutting edge of technology, to study developments and understand the challenges for the UK economy as part of our enquiry into the Future World of Work. It is clear that robots will soon be capable of replacing humans, not just in sectors such as car manufacturing, but also in customer services, social care and even surgical procedures and physical rehabilitation. We saw ‘cobots’ (‘collaborative robots’) which work alongside humans doing difficult, dangerous or tiring jobs.

In Japan, we saw how they use automation to tackle the biggest social challenges they face. In March 2011, Japan’s strongest-ever earthquake and an accompanying tsunami devastated the northeast part of Honshu island, killing thousands and damaging several nuclear power plants. The catastrophe hobbled the country’s economy and its energy infrastructure and tested its ability to deal with humanitarian disasters. Now Japan is developing robots that can test its infrastructure for resilience and also navigate dangerous sites after a disaster.

Left untrammelled, the revolution of our times might hollow out our economy, remove millions of jobs, and leave regions like mine without a sustainable future. But these things are not inevitable. If we master the technological revolution, guide its awesome productive power, and reskill our workforce, it might lead to a world of shorter working days, more time for family and friends, and few, if any, dirty, dangerous or repetitive jobs done by humans. A great example of a trade union being on the front foot to shape this is the Communication Workers Union, which has just secured a reduction in hours from 39 to 35 for 120,000 postal workers in response to automation.

Teaching the right skills to the next generation requires bold action now. Decisive government action must invest in every region, not just London and the south east. It requires a robust system of social support to help communities transition from one type of local economy to another, leaving nobody behind.

Only Labour has the philosophical willingness to intervene in such a dramatic and necessary manner. Our belief is that the state must tilt the economy towards a fair distribution of the opportunities and rewards that automation brings. For more than a century, the left has talked of liberating the workers from alienating, soul-destroying and exploitative work, and a society where education, art and fellowship can blossom. Now, if we get it right over the next 20 years, we may be the first generation to see it happen.

Anna Turley is MP for Redcar and a member of the business, energy & industrial strategy (BEIS) select committee. 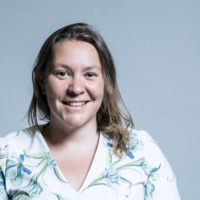