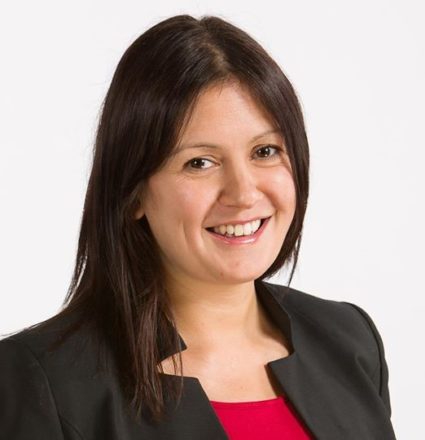 Glance at a map and the pattern becomes clear. From Cambridge to Manchester, cities overwhelmingly voted Remain while surrounding towns and villages voted Leave. Separated by just a few miles, our cities and our towns have become different worlds. We are, as Will Jennings and Gerry Stoker describe it, ‘two Englands’ with increasingly different outlooks and priorities. 40 years ago, towns and cities had similar views on immigration, the common market, lesbian, gay, bisexual and transgender (LGBT) rights and social security, but in recent decades these have sharply divided. Our socially conservative towns are far more likely to believe that politicians don’t care about them or their area than the socially liberal cities nearby.

Behind this is a striking demographic shift. When I was born in Manchester in 1979, like most cities, its population was older than that of the surrounding towns. But as we’ve documented at the Centre for Towns, disappearing industry and a decades-long city-led growth strategy has reversed this trend and towns, once younger than nearby cities, are now significantly older. The working-age population has been lost and jobs that remain are low-skilled and low-paid.

This loss of spending power accounts for the many problems raised on doorsteps during the referendum campaign: declining high streets, transport networks and community institutions – the pubs, banks and libraries that, as Jesse Norman wrote, “help to shape and define us as we help to shape and define them”. The fabric of entire communities has eroded and the beating heart of communities been ripped out. As young people have left, families have been torn apart. Loneliness is rising and towns are at the sharp end of the social care crisis. Theirs is not an irrational anger.

Despite the ‘left behind’ narrative in Westminster, it wasn’t in areas where people had ‘nothing left to lose’ that they felt most strongly about voting Leave. These are people with jobs that have become less secure, mortgages that have got harder to pay, local services that are increasingly overstretched, in communities that survive but no longer thrive. For decades – as turnout fell and the UK Independence Party surged – towns have been trying to tell us there’s a problem. The referendum was their last line of defence for the things that matter: time with families, work that gives dignity and meaning, green open spaces, a strong sense of community and a belief that the future can be better than this.

The response from the political establishment – to label them little Englanders, racist or too stupid to understand the question – underscores why they are right to be angry. The referendum result was a political earthquake. It should have been a wake-up call, but instead we skipped straight to the technical and legal debate failing to acknowledge, let alone address, what triggered the Leave vote in so many towns. With Britain now on course for a potential hard or no-deal Brexit, we are responding to an explosion with yet more fire.

It can be different. ‘Take Back Control’ spoke directly to a yearning for much more control over the most fundamental things in life: family, home, work, community and the future. Their loss is felt acutely in towns, but people’s aspirations are no different in cities. Only real devolution will provide a remedy, not the city-centric model created by George Osborne, which concentrates investment in cities in the hope trickle-down effects will be felt by surrounding towns.

We need an economic plan that works for all parts of the country. In Silicon Valley, California has used a combination of tax incentives and environmental regulation to create a world-class centre for clean energy. Yet in towns like Wigan and Barnsley, the mining industry has been replaced by minimum wage, zero hope jobs. Spend time there and the nostalgia is palpable, not for the industry itself but for work that has purpose and pride, pays decent wages, provides opportunities for young people and underpins a shared collective life. So often those towns are seen by Westminster as problems to be solved, but assets – open space, cheaper rent, loyal willing workforces and a legacy of expertise – are plentiful. What’s lacking is the infrastructure – broadband, transport, skills – because they are provided nationally by a government that is blind to our needs and potential.

That’s why towns like mine need the power to decide for ourselves: about our transport, where our trains have ground to a halt and our bus network has been cut by 10% since 2010; about planning, where the loss of greenbelt has erased the identity of small towns and villages, sucking us into the urban sprawl; about health and social care, where services are increasingly concentrated in younger cities instead of the aging towns that need them; about arts and culture, where the Arts Council now spends £8 in Islington for every £1 across the whole former coalfield areas of England, cutting us off from the arts and erasing our histories, identities and lives from the national story; and, more radically, about areas like immigration, where decisions are so often imposed rather than negotiated, fuelling anger and providing fertile ground for the far right. In all of these policy areas, empowering and trusting people produces a smarter, more humane and more sustainable response.

Across the world, the divide between urban and rural areas has stark consequences. In the USA, France, Germany, Austria, Turkey and India it has created, as Pankaj Mishra highlights, an ‘age of anger’, reckless, macho leaders and an emboldened far right. It has created a crisis for the centre-left who have been unable to reach across the urban and rural divide, including here in the UK where after nearly a decade of austerity the left is losing ground in the towns most deeply affected by it. But the left’s dilemma – how to heal a divided and angry country – is the country’s dilemma too. Those two Englands must be reunited. The answer is power.

Lisa Nandy is MP for Wigan and co-founder of Centre for Towns.

This piece was originally published in The Causes and Cures of Brexit from Compass, the Open Society Foundations and the FES.

Lisa Nandy is Shadow Secretary of State for Levelling Up, Housing, Communities and Local Government and the Labour MP for Wigan.