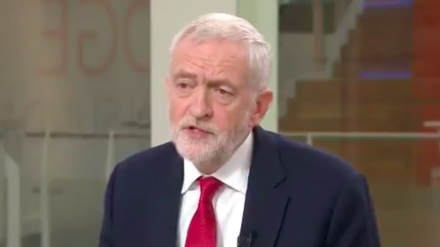 Jeremy Corbyn this morning told Sky News that a ‘people’s vote’ on Brexit is “not an option for today”, and said he didn’t know how he would vote in one.

Asked by Sophy Ridge whether there should be a second referendum on Brexit, Corbyn replied: “I think it’s an option for the future, but it’s not an option for today. If we’ve got a referendum tomorrow, what’s the question going to be on?”

The Labour leader said he didn’t know how he would vote if another referendum on the UK’s membership of the EU were held. “I don’t know how I’d vote, what the options would be at that time,” Corbyn told Sky’s Sophy Ridge.