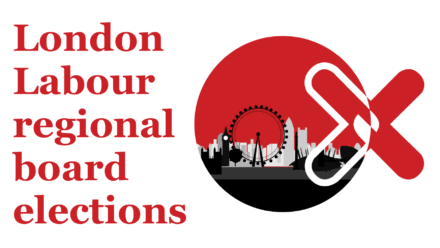 I didn’t know it at the time but, looking back, the roots of my passion for political struggle started at the age of three, when my dad was locked up in Iran for the political crime of being editor of a popular newspaper. Even at the age of five, I can remember arguing with the guards at the notorious Evin prison that my sister and I should be allowed in to see him after our monthly family visit had been arbitrarily cancelled. When the guard finally let us through it was a small victory, but a bigger lesson for life.

Later, as a teenage first-generation Muslim immigrant searching for my British identity, I felt that the Labour principles of redistribution of wealth and fair taxation were integrally linked to the Islamic values of free social justice and speaking truth to power. The Labour Party helped me find my British identity – not in an accident of birth or ethnicity, but in shared values and vision. But after joining the party while I was at university, I – like many others – became disheartened by some of the policies of the previous Labour government, particularly over the Iraq war. In more recent years, coming from a family of NHS workers has given me renewed sense of urgency for what the Labour Party can offer our country.

It hasn’t been surprising that Labour members like me who believe in socialism have become active again in droves since the election of Jeremy Corbyn as party leader. For many of us, this is the first time in our lives that the Labour Party has had a leader who believes that socialism can and will work for our society. We are not the ‘hard left’ – we are ordinary people who want a fairer society. The Corbyn leadership has allowed us to dream again and to work towards that dream.

I believe that we have made giant leaps as a party in the last couple of years. However, we still have a long way to go in order to make it a party truly of the people and for the people. London Region should become a beacon of what our party represents, and we have a long journey ahead of us. We have a large, diverse and vibrant membership that could take the party towards a more democratic, representative and membership-focused future. Much needs to be done to engage with grassroots communities in London. As a first-generation Muslim immigrant woman, I am only too aware that, for many people like me, politics can easily seem to be something that is ‘not for the likes of us’.

To this end, I have decided to stand for the London regional board so that I can be part of the journey and the change that we would like to see in our party. The invigorated membership in London Labour Party has enormous potential to campaign. I would work hard to engage with London CLPs to organise city-wide campaigns on issues that London Labour membership and Londoners as a whole are passionate about.

The Labour Party not only needs to show greater engagement and active presence in campaigns across the city against the far right but we need to take the lead in combating the rise of racism and Islamophobia. Groups such as Democratic Football Lads’ Alliance (DFLA) are using the consequences of austerity to divide our communities. We need to put alternatives to their approach of pitting us against one another. The board should work with BAME communities directly and through the Community Organising Unit in marginal constituencies to reach out, as well as working with BAME Labour. We need to engage with CLPs in diverse constituencies which have low levels of participation from BAME people. The Labour Party is diverse in all forms, but when I attended conference two years ago I was struck by the sea of whiteness that I saw in the conference hall.

London is a city of enormous wealth and yet in the fifth largest economy in the world we had the tragedy of Grenfell, many survivors of which are still in temporary accommodation. The London regional board needs to engage with CLPs to campaign for safe, good quality, affordable housing in our city. The housing crisis is the key to many of the issues in London around shortage of teachers, nurses and other key workers. The membership through the board should be able to influence Labour housing policy. Labour councils should not be involved in housing developments such as Haringey housing project, which was opposed by the local CLP and the local community.

Motions passed in London and by national conference should not get lost in the motions ether. The London Board must work to assist democratic policy making process in all areas, particularly for London mayoral and GLA elections, by being part of policy commissions that represent membership at every level. If elected to be onto the board, I would want us to take action on decisions we make collectively at conference, whether on campaigns or influencing policy.

I am standing for the London regional board to be the change that I want to see, to show my children that the fight for social justice and a better future goes on, and to work for a socialist London that acts as a beacon for our country. To quote Arundhati Roy: “Another world is not only possible, she is on her way. On a quiet day, I can hear her breathing.”

CLPs have until 12pm, February 1st 2019, to make nominations for the board. The board will be elected at London regional conference, 2nd-3rd March 2019. 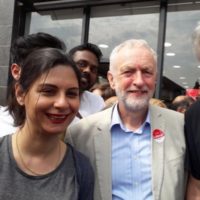