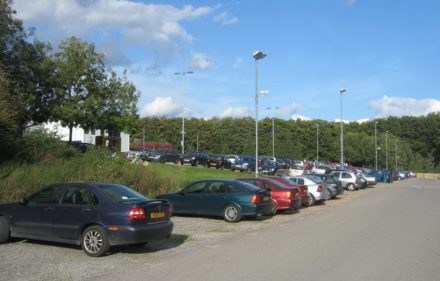 The Christmas fuss about the £226m raised by hospital trusts through car parking charges led to renewed calls for the abolition of the fees. It is easy to characterise this as the heartless NHS fleecing patients but in fact this is a more complex issue than presented in the media.

During my mother-in-law’s final illness, my wife and I stayed a few miles away from the hospital in Abergavenny. That meant that, in the absence of any public transport, we had to drive to the hospital and park in its car park, which had recently scrapped parking charges. As a result, the car park filled up very early and it was often difficult to find a place. By 10am or so, a veritable fleet of cars would be touring around looking for a space and hounding anyone who looked as if they were about to leave. The staff told us that it had been far better when there were charges as now people were using the car park, which is on the edge of town, while shopping. This caused a lot of bad feeling among genuine patients and hospital visitors.

What is the basis of having these charges in the first place? For starters, there is a cost to providing car parking. There is not only the price of the land, which might well be better used for, say, a new wing or accommodation for staff, but also the expense of maintenance, operation and staffing.

Secondly, it is indeed a way of raising money but that is to be welcomed for an overstretched service. Of course the provision of healthcare should remain free but that does not include being able to park gratis at the hospital. Here, hospital trusts need to be cannier. There is, perhaps, a need to show what the money accrued from parking charges is spent on. It might be, for example, that this revenue could be used to subsidise bus or taxi services to ensure better access to the hospital for those without a car. Or the money could be used to create cycle routes to encourage staff and visitors to use bikes to reach the hospital.

Worst of all, abolishing charges will result in an increase in demand and subsequent pressure to provide yet more car parking. Therefore it will be a double whammy: costing the NHS a significant amount of money and putting pressure on it to spend yet more money on creating new spaces.

This is not an equity issue. Abolishing car park charges is, in fact, a regressive policy. In general, people with access to cars are better off than those who are not and who will have to pay for buses or taxis to reach the hospital.

Of course, some patients or visitors will find the expense of car parking charges onerous. However, many regular patients, such as cancer sufferers, have special arrangements allowing them free or cheap access to the car park. All forms of taxation hit some groups more than others, but blanket abolition is the kind of simplistic policy that appears an easy win yet gives politicians a bad name. There must be an element of horses for courses and a realisation that hospital car parking is not an NHS priority.