Before becoming an MP, I worked to change the ways of men who were violent to their partners. This was coal-face gender equality stuff. Trying to change the abusive behaviour and underlying beliefs of men who regretted their violence, and frequently claimed they liked women, but always had a ready excuse – one that usually rested on beliefs about gender and power. Here’s some of what I learned.

Lesson #1: Power is not a zero-sum activity.

Violent men frequently claim they feel powerless, immediately before an act of violence to their partner – “she makes me feel crap, I need to do what is necessary to regain power”. This view of power is both limited and limiting.

But power is not just something that is abused, limited or fought over. It’s not just ‘power over’ – a partner, or an exploited worker. It is also ‘power to’ – change the law, find a cure for cancer, campaign for change. This productive power increases the more it is shared. It grows stronger with more voices. My power to be an effective MP increases as I gain experience, and if I bring other people in and share power.

In the short term, violence and threats mean abusers usually get their own way. But in the long run, many lose relationships, often lose contact with their children, sometimes their home or job. Part of my job was assisting them to learn how it might benefit them, as well as other people – their current and future victims and children in particular – if they stopped misusing power for short-term gain. They’d have better relationships in the future, with partners, children and peers, if they learned to be non-abusive, to be able to accept disagreement without insisting on their rightness and enforcing it with violence and threats.

The same is true of political power. Men sharing power with women benefits us all. As well as skills and experience, it brings in a diversity of experience that enriches the quality of political debate and decision-making.

Lesson #3: Waiting for power to be given does not work.

Partners of abusive men rarely find their lives improve by waiting for their abuser to voluntarily change their behaviour. Waiting for power to be shared in public life is also rarely successful. Women would never be in elected office if we had waited politely for permission to stand for election or to vote.

Change is a struggle. Neither domestic violence laws nor the provision of refuges emerged fully-formed one day on the to-do list of a kindly Home Secretary. They were hard work, and many women were involved in decades of campaigning. But policies on domestic violence are now part of all political parties’ agendas. Although these campaigns are not over, the debate is now part of the mainstream. If we had waited, we would still be on the outside.

Lesson #4: There is no space for neutrality. Men have to get involved in changing gender power relations.

When I worked with abusive men, it was critical to have male colleagues. In the organisation I worked with, we always worked in a male-female pair of facilitators, partly to model a respectful, equal model of a relationship between a man and a woman. For some of the men we worked with, it was the first time they had seen this first-hand. But this is also so that men are challenged by other men, hear from other men that abusive behaviour is not acceptable, learn from other men how to do relationships differently.

A wise woman said to me many years ago that “to maintain a position of neutrality, in a situation of inequality, is to side with the powerful against the powerless”. There is no place for by-standing if you want to achieve social change. Yes, you also have to ration your energy, focus it where it is most necessary or effective, and frankly there is so much misogyny and sexism around it is tiring to have to challenge every single instance.

So this must not be left to women alone. I want men to be willing to step up and challenge sexism and patriarchy wherever they find it. This should apply whether it is in a discussion of a work trip to a lap-dancing club, or when childcare for council meetings is being discussed.

Overall, my work with abusive men taught me that change is possible and that the relationship between power and gender is complex. Power can be used not only to shut people down but also to open things up. It can be fought over or it can be shared. As politicians, we have a chance to shape how power is practiced, used and defined. Opening up a conversation about power and gender is the right thing to do, for political life and all of us. 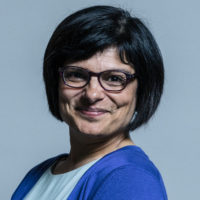 View all articles by Thangam Debbonaire