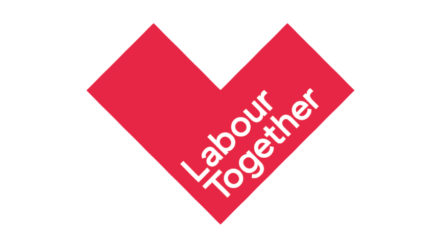 Right now it feels as though we are stuck in a doom loop of perpetual crisis and division – not just in Britain, but around the world. Are we satisfied with the way our politics is being conducted? Does it draw people in or do they switch off? The persistent meanness of our culture cannot endure, and anyone reasonable knows that factionalism, brinkmanship and virtue-signalling is contaminating all aspects of our lives.

Some commentators lament the collapse of the mythical ‘centre ground’, that magical sweet spot where a politician can attempt to be all things to all people. But what we really need is a return to a common ground politics that can foster kindness, understanding and a respect for divergence. The search for common ground isn’t centrism and it’s certainly not vapid. This is the search that our labour and civil rights heroes embarked on when they challenged the status quo and won.

Nothing is more powerful, radical or revolutionary than when people come together to find common ground and challenge the status quo. The fight to win the eight-hour day, a woman’s right to choose, an end to homophobic legislation and giving everyone access to the countryside came from collective struggle, by building alliances. They didn’t achieve progress through division and dismissal.

Instead they shared stories of struggle and hope, using their testimony to recruit allies. They searched for common ground, both within the Labour movement but also with others outside of the Labour tradition. But times have changed; politics has evolved, and so too has our culture.

The internet has gifted us with new podiums and platforms. These tools allow us to behave as pundits, providing quick, instant commentary on every breaking development. But too often, when we engage with others online, it escalates quickly from debate to a mud-slinging contest. How many of us feel like we’ve found common ground with the avatar we’ve spent the best part of 24 hours trading barbs with?

It’s not just online where the well of political discourse has been poisoned. The ugliness of our political culture is manifesting itself in the real world, with cruelty replacing compassion as a hallmark of our movement. In the worst cases, it is taking on more sinister forms, like antisemitism, that cannot be tolerated in our movement or anywhere.

What can we do differently? How can Labour buck the trend? How might Labour members and supporters of every tradition, old and new, build on the towering achievements of our movement and forge a new political culture, rooted in kindness, understanding and respect?

In designing a new communications framework for Labour Together we couldn’t rest on old models. The country doesn’t need another social campaign where we make ourselves feel good by bashing those mean, ugly “others” for fuelling a culture of intolerance.

That’s why we’re encouraging people to start conversations around tables – literal Round Tables. In person, face-to-face meet-ups between MPs, activists and voters that can help us to build common ground and find strength through difference. Asking people to set aside three hours to talk about politics and share food with people you don’t know that well is counter-cultural.

To build common cause takes time, difficult conversations and vulnerability. It takes a willingness to allow ourselves to hear things which we might find uncomfortable, to allow ourselves to be affected and even changed by experiences and exchanges with people we may want to disagree with. The politics of the 21st century will be forged around tables, not received as wisdom from political podiums.

Round Table discussions in homes can provide space to grapple with big questions. Amongst strangers, acquaintances and friends we can meet one another face-to-face, in person, around a table. Let’s listen, be heard and find common ground.

Labour Together has all the resources you need to put on a Round Table where you live. We hope you’ll join us around the table to imagine what the future could look like. 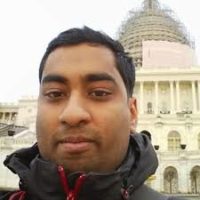 View all articles by Jana Mills 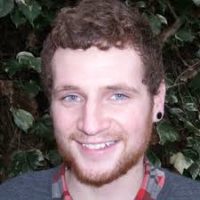 Luke Walter is a campaigner and strategist with non-profit organisation Small Axe.

View all articles by Luke Walter