Theresa May will vote for her ‘anti-no deal in March’ motion.

After 7pm tonight, MPs will vote on the government’s ‘no deal’ motion, which reads as follows:

That this House declines to approve leaving the European Union without a withdrawal agreement and a framework on the future relationship on 29 March 2019; and notes that leaving without a deal remains the default in UK and EU law unless this House and the EU ratify an agreement.

Jeremy Corbyn kicked off PMQs this week by asking how, having given a free vote to Tory MPs, she would be voting on the motion herself. The Prime Minister replied curtly: “I’ll be voting for the motion standing in my name.” This makes sense, but will anger hard Brexiteers in her party.

Theresa May has started to exploit Labour divisions over Brexit.

At previous PMQs sessions, I’ve always wondered why the PM ignored Labour splits over party policy on Brexit, often emphasising the conference motion position rather than the leadership’s reluctance to back a ‘people’s vote’. The answer is that she has valued painting Labour as the anti-Brexit party over anything else.

But today the PM changed tack. “He doesn’t even agree with Labour Party policy,” she argued. Those urging Corbyn to campaign for another referendum, as opposed to merely committing to vote for such an amendment when it comes around, might agree.

The Labour leader’s clear focus today was to promote Labour’s Brexit alternative. He again pronounced that May’s deal, having been “decisively rejected” (twice), was “now dead”, and asked: “When will she listen to those workers who are concerned about their jobs, those businesses that are concerned about their future, and accept the case there has to be a negotiated customs union with the EU?”

Corbyn could have exploited Tory divisions over Brexit, but probably judged that her MPs were capable of tearing each other apart without his help. The objective at PMQs was to establish a narrative that aligns with Labour’s aims: May’s deal is dead; a softer agreement is necessary.

Theresa May has rejected the Malthouse Compromise.

Tory backbencher Peter Bone asked the PM about amendment f) to tonight’s ‘no deal’ motion, which lays out what is known as the ‘Malthouse Compromise’. It has united Brexiteers and former Remainers within the Conservative Party, but it is widely dismissed as a ‘unicorn’ by others.

May offered a remarkably direct answer. Noting that the government had already enacted or agreed to facilitate points 1-3 in the plan (publish no deal tariff schedules, seek short Article 50 extension, guarantee EU citizens’ rights in UK), she then dismissed the crucial, final point. The PM pointed out that the EU’s Michel Barnier has already rejected the final stage by confirming that there can be no transition period without a withdrawal agreement.

Nonetheless, providing further evidence that Tory party discipline has completely broken down, it is understood that May will also be offering a free vote on this amendment – despite knowing that it puts forward a fantasy plan. 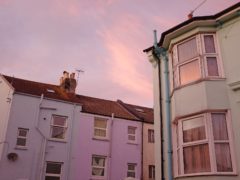