If we stay in the EU, the Labour Party would be the leader of European socialism. A recent poll found that Labour would make significant gains if the UK took part in the European elections in May. Alongside predicted losses for Germany, Italy and France’s centre-left parties, this would make Labour by far the biggest delegation in the Socialist & Democrat Group. In other words, it would move the political group significantly to the left. We would be able to set the tone. We could make our European group more progressive. We could lead the fight against neoliberalism at home and abroad. For those in the Labour Party prevaricating over a second referendum, even over the European project, this matters.

Millions of people are convinced that socialism is the solution to our current angst, myself included. And when I say ‘our’, I’m looking through the lens of European politics as well as British. It’s not just the UK where austerity has torn apart the fabric of society, forcing people into Dickensian poverty – some of the worst effects of austerity have been felt in Greece, Spain and Portugal. Resistance to austerity and to the outdated model of neoliberal economics has risen in these countries too. A coordinated approach between our allies in these countries could prove a powerful coalition. Of course, there are those who argue that socialism could never exist in the EU and to them we must simply reply: Portugal.

There are exceptions, but normally the leader of each political group in the European parliament comes from the largest national delegation. Currently Udo Bullmann is leader of the Socialists and Democrats group, coming from the German centre-left party. Before Mr Bullman, before the Italian Partito Democratico splintered, Gianni Pittella was our President. With a British leader, and around 26 Labour MEPs, we could make a huge impact in a number of key areas.

The EU is the largest trading bloc in the world and the strongest partner in any negotiation. When used correctly, this leverage can make a huge difference to causes that progressives care about around the world. Trade deals can be a diplomatic tool for ensuring human rights improvements. In the next parliamentary mandate, there will be negotiations with the Mercosur bloc (Argentina, Brazil, Paraguay, Uruguay and currently suspended Venezuela), Indonesia, New Zealand and Australia. Labour could take the lead in making sure these trade deals improve human rights standards and workers’ rights – both in Europe and outside.

It’s worth remembering that the trade deals that the Tories will make, if we ever leave, will be incredibly regressive. The very real possibility of a trade deal with Trump’s America is a nightmare for socialists. It is a fact that we would be embracing American working standards, which are way below the standards that British workers have enjoyed for decades. Do we want people to die for want of medical insurance? Do we want people on food stamps? Do we want workers on terrible contracts? We do not – so we need to take the lead in an institution where we can wield real power, even while we’re in opposition in the UK. In fact, that’s an often misunderstood facet of European parliament politics – here, unlike in Westminster, when you are not the largest party you can still build a progressive coalition to get your priorities enshrined in law. Labour could take the lead.

International collaboration of left-wing activists currently seems to consist of sharing Bernie Sanders videos, or celebrating phone calls between Jeremy Corbyn and Alexandria Ocasio-Cortez. There are numerous attempts to build pan-European movements, from far-right pacts to Marcon’s (now cooling) love affair with the right-wing Ciudadanos party in Spain. We could lead the progressive movement, starting right here in the European parliament. This could be huge, but we have to stop Brexit first. Comrades, please rally around the People’s Vote, vote remain, and fight to drag the EU leftwards. 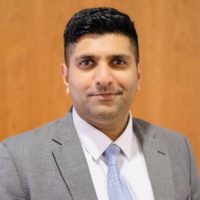