Within hours of Julian Assange’s bedraggled figure being forcibly removed from the Ecuadorian Embassy yesterday, the Labour Party had called on the government to block his extradition to the United States. Both Jeremy Corbyn and Diane Abbott mounted a rapid defence of Assange as a whistleblower being persecuted for “exposing wrongdoing” by the US government and its military forces.

They were broadly right to do so – if Assange were extradited to the US on espionage charges and jailed, it would set a dangerous precedent for public interest whistleblowers daring to speak truth to power the world over. It’s an issue that transcends the actions of one man, whatever your opinion of him. The trouble is, that description applies just as well to sexual assault.

In their failure to preface their objections to Assange’s extradition with a clear acknowledgement that he was gravely wrong to evade investigation for rape and sexual assault in Sweden, the party leadership risks implying that sexual violence is not a structural, human rights issue on a par with protecting freedom of speech.

The effect of this on the discourse surrounding Assange within the party is already clear. Besides the usual legion of Twitter horribles poised to dismiss any accusation of rape or sexual assault as – in the words of Assange himself – the result of “crazed radical feminist ideology”, a depressing number of members and activists made it very clear they saw the rape and molestation allegations against Assange as a distracting side-issue. Or worse, a concern faked by people who wanted a rhetorical shield to hide behind so they could attack Labour, or Corbyn.

When senior Labour figures’ first response to questions about the accusations levelled at Assange by two Swedish women in 2010 is to make repeated statements that these charges were never brought, it undermines the seriousness of the allegations. It emboldens people in our party who would normally think twice to tell swathes of women on the left that we’re missing the bigger picture, with apparently no awareness of what that reveals about the priority they afford to standing against sexual violence.

Worse, the implication that the charges were dropped following the standard course of a preliminary investigation is misleading, and risks damaging a potential future rape probe into Assange. The statute of limitations on three of the charges against him ran out as a direct result of his refusal to leave the Ecuadorian embassy. The fourth and most serious charge was dropped with the possibility of re-opening it at any time before August 2020; yesterday evening, lawyers representing the alleged victim submitted a request to the Swedish Prosecution Authority to resume the investigation.

Whatever happens, we have a duty to ensure our concern that Assange is not extradited to the US cannot be interpreted as tacit support for his decision to evade Swedish investigations. Labour should be vocal about the fact that Assange is not above the law and must co-operate with any investigation that might resume in Sweden. Despite protestations from WikiLeaks, there is no firm evidence that his extradition to the US from Sweden is any more likely than extradition to the US from the UK.

As a party, we need to make clear that sexual violence isn’t only a high priority issue when it’s hitting the Entertainment news headlines. We don’t need to water down our language on protecting free speech – it is right that we are staunchly opposed to a move which could set a precedent whereby future whistleblowers on the US government are stymied and cowed.

The weight of our argument does not rest on the character of Assange. We risk our position more by trying to avoid the conversation about what led him to seek asylum in the embassy in the first place. Our party should be able to stand up and say with confidence that Assange was unequivocally wrong to skip bail, and to frustrate investigations for rape and sexual assault. If we can’t do that while defending our position on his extradition, we have a serious problem. 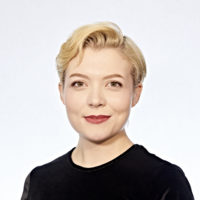 Imogen Shaw is a Labour activist and public affairs professional.

View all articles by Imogen Shaw