I recently tweeted – in defence of Laura Murray, recently appointed as Labour’s head of complaints, and her record in tackling antisemitism – that disgruntled ex-staffers, presumably involved in selectively leaking and misrepresenting emails involving her, had themselves frustrated antisemitism cases to make the party and the leadership look bad.

My position now appears to have been vindicated. Emails leaked to Buzzfeed suggest that former compliance unit officials from the Labour right may have delayed action on some of the most extreme and high-profile antisemitism cases, including Holocaust denial, allowing a backlog of cases to build up that would damage the party and Jeremy’s leadership. I am therefore writing to Labour’s general secretary, Jennie Formby, to ask for an immediate investigation of former employees who may, in so doing, have acted in a way that is grossly detrimental to the party’s interests.

Contrary to recent narratives, the emails show that it was Laura Murray and Jeremy’s office pushing for action on cases. Whereas Jeremy was criticised over Ken Livingstone’s never-ending disciplinary process, it was Labour right-wingers who appear to have been responsible for delays and Jeremy’s staff who urged that new material be investigated. In another case, the emails show it was left-wing Momentum members in Labour International who organised a petition and lobbied Iain McNicol to suspend.

It is already well-known that some individuals in the compliance unit under Iain McNicol’s regime operated in a factional way. During the 2016 leadership campaign, they purged thousands of left-wing members who had previously voted Green or Lib Dem or dared to retweet Caroline Lucas, to prevent them from voting for Jeremy as leader.

I had heard anecdotally that while the compliance unit found time to suspend thousands of innocent members, they were sitting on serious complaints. The publication of emails that seem to evidence this should be explosive. But while the leaked emails alleging leader’s office interference was headline news, the leaked emails showing the leader’s office pushing for action on cases have been ignored by the mainstream media.

The emails that were leaked by disgruntled Labour right ex-staffers were used to attack a process that they themselves set up. They, of their own volition, asked party staff in the leader’s office for their views on a handful of cases last year, after Iain McNicol left and before Jennie Formby had started. This only lasted a couple of weeks as Jennie Formby asked them to stop when she took up her post.

It’s hard-working party staff who have suffered as a result. Their names have been dragged through the mud and personally attacked by Labour MPs who should know better, without any right of reply. Staff are not politicians or public figures and, like the civil service, cannot publicly defend themselves.

These ex-officials no longer work for the party. As someone who joined Labour’s national executive committee when the Blairites still ran the disciplinary show, I have seen how much the operation has now improved. Following Jennie Formby’s reforms, it has been made more professional and less politicised.

That’s not to say the party’s processes are perfect: I am in favour of significant changes to further speed up the procedures. But the days of using GLU (governance and legal unit) as a political football in factional games are behind us. This was the Labour right’s tactic, which the left must rise above.

The new GLU staff I have met are impartial, act with integrity, and seek to apply the party rulebook rather than score factional points. This is especially true of Laura Murray. She is entirely undeserving of the coverage and abuse she has received, and I can’t think of anyone better for the role she is now in. She has worked closely with Jewish communities, developed extensive knowledge about antisemitism and cares deeply about tackling it. Unlike some of her detractors, she is a fundamentally good and honest person who is a steadfast ally in the struggle against antisemitism.

When people talk about the antisemitism problem within Labour, many say that the leadership have had three years to get on top of this issue and the fact that they haven’t shows at best complacency and at worst complicity. But of course the leadership did not have control of the party machinery, some of which actively worked against Jeremy.

These emails now expose that the party bureaucracy when under the control of Labour’s right even went so far as to turn a blind eye to antisemitism, to destabilise Jeremy’s leadership. And this is partly why the party has not yet managed to get to grips with this problem.

Jennie Formby has only been in post a year, which is not enough time to turn things around completely. There is still a long way to go to root out the minority of antisemites within our party and foster deeper understanding of it within our movement. But I am confident this task is in safer hands now than it is has ever been. 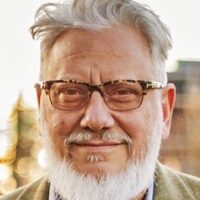