One thing that seems conspicuous by its absence is any analysis of the recent local government elections at a micro level, with the media’s broad-brush approach identifying 1,300 plus Tory losses and an attempt to equate this with Labour’s 84. This analysis went as far as identifying Labour gains in the South East, and that was about all.

Perhaps it would be useful to examine what happened in the nominally deepest blue electorates of Surrey, and start with my constituency of Surrey Heath – represented in parliament by Michael Gove. Let’s travel down to the micro level: the Old Dean ward of Surrey Heath borough council. In 1991, when the borough was 100% Tory, I won the seat for Labour and there has been Labour representation since then. Unfortunately, the Boundary Commission decision to change the ward’s boundary, involving crossing a major highway into the borough’s safest Tory ward against even the recommendation of the Conservatives, made this a struggle for the party.

Despite having nearly 400 members, as the election approached, the local party had no candidate to contest the seat. Finally, the sitting councillor of 12 years agreed to stand and in the absence of anyone else having retired nearly two decades earlier I agreed to join him on our ticket.

Due to the high regard in which he was held, the sitting councillor – Rodney Bates – was re-elected. The failure to take the second seat mattered because the Tories scraped back in control by a single vote, almost losing control of Surrey Heath for the first time in its history as a result of a surge in the Liberal Democrat, Independent and Green vote. In true blue affluent areas, such as Windlesham and Chobham, the Tories suffered a huge defeat.

Remember, this is the borough where the sale of council housing began. The shame is that Labour’s paper candidates in other wards here were unable to enjoy a similar success to that enjoyed by other parties. Gone are the days when the party here was able to contest nearly all local seats seriously.

In fact, in the rest of Surrey, Labour had to be content with picking up scraps from the Tory debacle. In Guildford, the Tories lost an eye watering 25 seats, being reduced to just nine on the council. In Waverley, they dropped for 53 to 23 seats and in Mole Valley, of the 14 seats being contested, the Tories lost 10. In Spelthorne, the Tories dropped 12 seats but still managed to retain control.

Control of the council really matters because Tory policy appears to be to carry on regardless of having a tiny majority. In Surrey Heath, for instance, their first response was to take control of every senior post – ignoring the balance of the council thrown up by the election. Labour may be able to point to its advance in cities like Reading and Southampton but where is its strategy to build on this Tory eclipse? 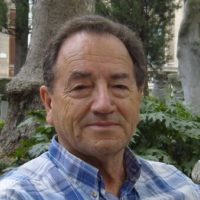 Murray Rowlands is an author and Labour member in Surrey Heath.

View all articles by Murray Rowlands