The future of the West Midlands hangs in the balance. As a region, we are facing a number of serious challenges that a new metro mayor will have to confront. Brexit, austerity, developing a local industrial strategy, tackling homelessness, tackling health inequalities, improving our transport infrastructure and creating a fairer economy will all be in the new mayor’s in-tray when she takes office next year.

The overwhelming threat to our region’s future prosperity is Brexit. Any sort of Brexit will have negative consequences for our region. That is why, as part of my campaign to be mayor, I will also be campaigning for a confirmatory referendum on any Brexit deal. This issue is too important to leave to politicians in Westminster. We need to go back to the people to ensure that Brexit is still what they want to see. In a People’s Vote, I would unequivocally back remaining in the EU.

I am standing to be the Labour candidate for metro mayor because I have the skills, experience and – most importantly – values that will enable me to deliver a radical, progressive future for all of our communities. I am the only candidate committed to uniting our region and ensuring everyone shares in its success.

In choosing a Labour candidate, we not only need to seriously think about who is best placed to engage with the leaders of cities and businesses in the likes of the US, EU, India and China. We also need a candidate who can engage with our local communities and deliver the change that working families want to see. As a former teacher, activist, MP, minister and senior transport professional, I am best placed to become the West Midlands’ first Labour metro mayor. I don’t pretend to have all the answers, and I would like members’ input into my manifesto, which is why I am running a consultation on a number of different policy areas including plans to…

Deliver opportunities for all – especially by providing additional support to young people not in education employment or training, young carers and care leavers. I would like to establish a specific portfolio for women to ensure devolution starts to deliver for them. I will tackle unemployment by engaging with communities that have been left behind focusing our efforts on the long term unemployed.

Create a fairer, more democratic economy and invest in our communities – by campaigning for a West Midlands living wage, regulation of the gig economy and pushing for improved pay deals. I will also set up a fund to support the voluntary and charitable sectors who have suffered significant cuts through Tory austerity. I will commission a report on hate, work with communities and experts to tackle the rise in violent crime, especially knife crime, and begin to the heal divisions that are harming our communities.

Establish a dynamic industrial strategy and a people’s transport plan. We must build partnerships between centres of manufacturing and technological excellence and communities that have been left behind, and tackle the real problems facing our transport network such as congestion, reliability and – crucially – clean air. This means focusing limited resources in the right places, on the long term not on politically comfortable ‘fixes’ that can never work.

Improve the environment and tackle health and housing inequalities. I will embed health and wellbeing into all aspects of mayoral decision-making to tackle the health inequalities, and growing mental ill health, that impacts our region. On housing, this means being far more ambitious than simply tackling homelessness. We also need to tackle rogue landlords and provide high-quality homes for all. On the environment, we need to focus on improving our public transport networks and build the infrastructure needed for electric vehicles.

I know members are sick and tired of old-fashioned, male-dominated and machine-driven politics. That’s why my campaign to become the Labour candidate will be open, positive and comradely. Only by working in this way can we truly deliver a radical progressive future for the West Midlands. Join my campaign and together we can make the West Midlands a better place for all. 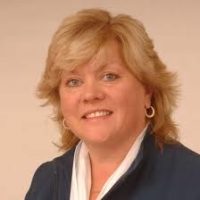 Lynda Waltho was MP for Stourbridge from 2005 to 2010. She is standing to be Labour's candidate for West Midlands metro mayor.

View all articles by Lynda Waltho