Britain is a divided nation. Divided by identity, by Leave or Remain, by city and country. The scale of the challenge that our leaders face in healing these divides is great. The divide is rooted in the uneven economic growth we have seen in recent years. Some places, mostly London and the Greater South East, have thrived while many other places have struggled to keep up.

This is typified in the unequal changes in housing wealth we have seen since the financial crash. Even among people who own their home, huge disparities in wealth still exist due solely to where they choose to live. Centre for Cities’ latest research has found that homeowners in the Greater South East have on average collected over £80,000 more wealth from their homes than people living in the rest of England and Wales since 2013.

Imagine twins who each own a house in different parts of the country: one in Brighton, and one in Sunderland. The twin living in Brighton has pocketed an astonishing £83,000 in housing wealth in the past six years. And her Sunderland twin? Just £3,000. Neither has explicitly done anything to have earned this wealth, indeed, all they have done differently is own a home in different cities. Yet it has made one £80,000 richer. This cannot be right.

The blame for this inequality lies squarely with our restrictive planning system. In cities such as Brighton, where people want to live and work, planning policy steps in to block new homes. This political choice channels wealth into the pockets of already wealthy homeowners in expensive cities. It further disadvantages those people renting in the city and shuts out migrants from other parts of the country and from abroad who want to move there. Because of this, a pattern exists: the more wealth the average homeowner in a city has, the lower the city’s rate of homeownership.

In the long-term, the only way that we can solve this inequality is by rebalancing the economy through supporting more prosperity in the Midlands and the North. But there are steps that politicians can, and must, take now to start spreading wealth more equally around the country.

First, as I recently told Roberta Blackman-Woods’ Labour Planning Commission, we need wholescale reform of Britain’s broken planning system. It is dominated by Nimby interests and funnels the economic prosperity created by workers into dearer land and higher rents. Moving from our current ‘permissions by plot’ system to the zoning-based system used in Japan and some parts of the USA is vital to correct this. In principle, the planning system should allow people to build new homes unless the local authority says no, rather than forbidding any development until the local authority says yes.

We must also think more critically about where new homes are built. We could meet our national housing targets tomorrow if we built 300,000 homes in the Lake District. But this would do nothing to deal with the housing problems we see in London and the Greater South East. As housing wealth disparities are largest in the most prosperous cities where people are moving for work, to reduce inequality our expensive cities should be the focus of new home building. This may sound obvious but it is not happening: in the last few years, many cities with lower house prices such as Telford and Wakefield have built more homes than cities with high prices such as Chatham and Oxford.

At the same time, governments should stop encouraging homeownership, particularly as an alternative to more supply. On a practical level, the policy has failed: homeownership has fallen as a share of those in private housing in every city in England and Wales since 1981. Help to Buy may help a lucky few to own their own homes, but it is also stoking demand, as the NAO would agree. The result is growing housing wealth inequality in sought-after areas. Government policy should instead treat private renting and homeownership neutrally.

The political, cultural and economic divides in Britain today may take generations to heal. Without reform to ensure we build more homes in order to correct the growing North-South wealth divide, the problem will only get worse.

View all articles by Andrew Carter 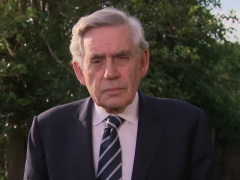 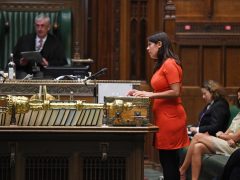