When Sadiq Khan called for a Green New Deal during London Climate Action Week, many of us were taken aback. It’s not that we didn’t welcome his stated support – the backing of high-profile Labour politicians is crucial to the campaign. But we were surprised that this statement came the week before he was set to face The Independent Workers’ Union of Great Britain (IWGB) in the High Court challenging his supposedly green policies.

IWGB argues that the London mayor’s extension of the congestion charge from April 8th discriminates against marginalised workers in the capital. It will now include 94% BAME private hire driver workforce, while maintaining exemption for 23,000 mostly white British black cab drivers.

The charge amounts to a regressive tax on precarious workers from the most deprived London communities where 71% of private hire drivers live. This tax on the poor pushes these workers and their families further into poverty. It runs counter to the core principles of the Green New Deal, which places workers’ and racial justice at the heart of climate transition.

The Green New Deal marries economic and climate justice with a massive programme of investment and regulation to tackle the climate crisis and eliminate inequality at the same. Many in Labour are turning to this framework in response to the popularity of Youth Strikes for Climate and Extinction Rebellion pushing climate breakdown to the top of the agenda. However, as politicians clamber for climate credentials, we won’t let it be co-opted and watered down to legitimate anti-worker policies.

The congestion charge is designed to reduce congestion and emissions in central London. Vehicles that are not zero emission capable are forced to pay a daily charge to drive in the area it covers. But in revoking exemption for private hire vehicles, the costs of emissions reduction have been pushed onto poorly paid drivers over profiting companies.

A typical Uber driver gives up 50% of gross profits to Uber in commission payments and pays £243 per year in license fees, while Uber only pays in £14 per driver. Drivers will now pay an extra £3,000 per annum in congestion charging. Mega corporations like Uber actively lobby for the congestion charge: they know that they have the monopoly power to transfer the majority of the cost to workers, and therefore prefer it as a solution to congestion over alternatives like licensing caps and controls.

Beyond the flagrant injustice of further impoverishing workers, this move will have disastrous long-term consequences. It will reinforce the myth that environmental action is in opposition to the rights and prosperity of workers. How could precarious workers trust Labour to deliver a just climate transition when the party’s own mayor of London sides with mega corporations over them? The gilets jaunes in France have already shown what happens when the poor are made to pay for the environmental sins of the rich.

Facing legal action from the workers Labour should be representing in power, Sadiq Khan must now rethink how his climate plans live up to the principles of the Green New Deal. The charge on drivers should be abandoned and redirected to corporations like Uber.

The London mayor supports fossil fuel divestment, which argues that the fossil fuel companies profiting from extraction should be held responsible for their emissions, rather than workers or consumers. The same logic is true of emissions from vehicles in central London. In every sector, corporate greed is eroding working conditions and driving emissions. This is what we should fight, not workers looking to make a living.

At the last genera. election, Labour made significant gains by promising to make the wealthy pay for the wellbeing of the many. As a Labour mayor backed up by a mass membership, Sadiq Khan has a historic opportunity to use his position to effectively tackle the climate crisis while bolstering the rights of London’s workers. The rules of the game must change. It’s time to make corporations pay for their own emissions. 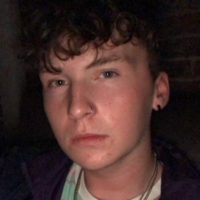 Alex McIntyre is a campaign spokesperson for Labour for a Green New Deal, union organiser and youth striker.

View all articles by Alex McIntyre