I agree with Gareth Thomas MP that if democratic public ownership is to survive a future Tory government, it needs to give real power to customers and employees. We wrote our report ‘When We Own It: a model for public ownership in the 21st century’ with exactly this challenge in mind. In it, we call for public services that are professionally run and held accountable by supervisory boards with oversight by government, citizens, workers and civil society. Reading his recent LabourList piece, I’m not sure whether Gareth Thomas would like to turn all public services into John Lewis-style co-operatives, or just water. But either would be quite wrong.

Public ownership is incredibly popular. Yet there’s still an old-fashioned coyness about the role of the state amongst some Labour MPs. It’s a hangover from Blair’s third way, and it’s time for it to go. Proposals for capping profit margins won’t cut it. Mutuals can’t solve everything. This is all very 2013. We Own It believes in a mixed economy: a strong, efficient, effective public sector across all public utilities and services – public transport, water, energy, the NHS, schools, council services and so on.

This means many, many more co-operatives in the wider economy. I’d love to see ambitious proposals from the Co-op Party to bring Boots or Tesco into worker or consumer ownership, for example. This might help tackle tax evasion and create a more sustainable food system. Let’s be clear about why the state is important. And then let’s talk about what 21st-century public ownership looks like.

The state represents a broad public

Gareth Thomas is absolutely right that we need a strong voice for public service users and for employees in our governance model. But his proposal to reduce democratic ownership of water to a consumer trust and an employee trust is misguided. We interact with the world in many ways – it’s not just about what we buy, or where we work. We are also citizens, members of communities, part of civil society groups. We care about the environment and the future of our grandchildren.

21st-century public ownership needs a broad conception of the public interest, including people whose voices are often marginalised, the voices of future generations who will suffer most from the climate crisis and the claims of the wider environment itself. Government should represent all sections of society – not just those who have the resources, time and confidence to be involved directly in multiple consumer trusts.

This is about collective ownership and control. It’s not about a so-called ‘people’s dividend’, a cash reward for ‘consumers’ that is not far from Thatcher’s share-owning democracy. Nor is it about a workers’ dividend – public servants are motivated without that. It’s about reinvesting profits into better outcomes – like cleaner, safer rivers, fixing leaks, planning for floods and protecting wildlife and biodiversity.

The state can deliver important outcomes

Planning wasn’t sexy for a while. But it’s back – and no wonder. We desperately need to plan if we’re going to tackle the climate crisis, rising inequality and a host of other 21st century challenges. While the Co-op Party acknowledges that local authorities need to deliver certain outcomes – for example, in looking after vulnerable people or managing disruption – their proposals don’t include a clear role for government. They call for a new ‘Duty of Resilience’ for Ofgem, but we need to go much further.

We are proposing that all publicly-owned companies would have a range of new duties: to decarbonise, provide equal access to services for everyone, work closely with communities and steward our public land and assets for the future. Government is all of us democratically getting together to deliver what society needs. La Poste, the publicly owned postal service in France, has a commitment to reduce its ecological footprint. It also offers a universal banking service. In Germany, renewable energy producers have a guaranteed right of access to the electricity grid. Slovakia provides free rail transport for children, students and pensioners. The public sector can lead the way nationally in introducing changes like maximum pay ratios and a living wage.

Government and bureaucracy itself has a vital role in ensuring fairness. It can mean delivering equality and national standards across the country, instead of a postcode lottery. I would be curious to know whether Co-operative Party activists believe our NHS should be provided by a collection of local cooperatives. Such a proposal would surely be very unpopular with NHS patients and workers. We desperately need input and scrutiny from people who use public services and people who are on the frontline of delivering them. But we also need planning and oversight by professional managers, experts and an intelligent civil service.

Public ownership in the 21st century

We are proposing direct representation of consumers because an entirely new, democratically accountable organisation is needed to represent all users of public services, across different sectors. We’re calling it ‘Participate’. Directly-elected Participate representatives would sit on the new supervisory board of publicly-owned companies like Thames Water, alongside councillors, industry experts, unions and civil society organisations (for example, climate change and river conservation charities).

Participate would make sure publicly-owned companies delivered. And they would make it easy for us to participate in decision making in a range of ways – from voting, to participatory planning, to shopfronts on high streets and online portals and funding to encourage new ideas from users and workers. All paid for with the budgets of the now redundant regulators.

Not everyone will want to participate. Some people just want water to come out of the tap. Some will get involved when things go wrong, or if they have a bright idea. Some people – especially if we have a four-day week – might want to help care for rivers, conserve water and deliver new public water fountains. Participate would help us get involved in whatever way works best for us.

This model – of government running services with input and oversight from a broad public – has a precedent. In Paris, where water is run successfully in public ownership (with bills cut, leakage levels halved and still and sparkling water fountains throughout the city), an ‘Observatoire’ holds the company to account, with representatives including consumer groups, housing associations and water scientists. Scottish Water provides another model, close to home, of a brilliant, publicly-owned company delivering for people not profit – with lower bills than in England, plenty of investment and river quality that puts us to shame.

The public sector and cooperatives should not be pitted against each other, scrabbling and fighting over who gets to run natural monopolies. Let’s start to take back our whole economy – with ambitious new co-operatives alongside a strong, democratic public sector. 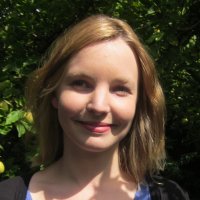 Cat Hobbs is founder and director of We Own It.

View all articles by Cat Hobbs