I felt I should write this before the bandwagon rolled through town and everyone started talking about how they saved Dagenham and Rainham. From day one, we were told in no uncertain terms that we would not be receiving wider support – despite being a key Tory target.

We ran the entirety of the campaign on a shoestring and, until the last week, with a very diminished team from previous years. With a core team composed of four people and the same seven to 15 people turning up to canvass daily, we were all pretty tapped out by half-time.

One of the most trying moments was when we had to get 45,000 leaflets delivered in one week. I walked 72 miles in five days and so did the rest of team Cruddas. If I say I’m going to do something, for good or ill, it gets done and by a huge team effort we got them delivered.

We had a clear strategy, which was a mixture of suppressing the Tory vote in Havering and turning out the Labour vote in Dagenham. The one thing we didn’t count on was the nature of our core working-class voters. It is a very Dagenham trait that instead of discussing the point, you’ll get a smile and a thumbs up on the door before being punished at the ballot box.

The fact is that for months Labour have been telling the people in our community that, having voted to leave the EU in 2016, their vote counts for nothing. Our national policies didn’t exactly strike a chord with our voters either – communities like ours don’t want freebies or handouts, they want decent education and vocational opportunities for their children and meaningful work. They want to feel pride in the lives that they lead. It’s as simple as that. Many people in our area felt patronised by Labour’s policies. I bet it was the same across the ‘red wall’ in the North.

So, we got smiles and a thumbs up from every doorstep until polling day when ‘our people’ said that after pledging their support, they hadn’t voted for us. However, in Dagenham and Rainham we have a habit of bucking the national trend – much to the annoyance of the Tories. This is primarily because we don’t take our lead from the national or regional strategies.

In Dagenham and Rainham, we set our own agenda, our own priorities, and we campaign in the community all year round on issues that matter in local people’s lives. Our win was also down to Jon’s Brexit position, which managed to cut through the Tories ‘get Brexit done’ mantra.

We knew that our voters were out there, and that we had enough to edge the win but with our small team there was no way we could get to all of them with GOTV materials. Mobilisation on polling day was something that I couldn’t bring myself to contemplate even as close as a week out.

However, after the MRP polling was released a week before polling day, despite being five points behind throughout the campaign, suddenly people started to wake up. It is all well and good flooding seats with support for a token win, but it just isn’t worth it if it costs us elsewhere.

For much of the campaign it felt like we were on our own with our backs against the wall. Which is why, when people from all over London flooded into the campaign room with a week to go, it was an incredibly moving act of solidarity that I will never forget.

Every door, every phone call, every leaflet, every person that came to help. If we had done anything differently, we would have lost the seat. A solid strategy and the people to deliver it is all we need – nationally we have one but not the other.

I’m still waiting for someone to ask how we won in 2015 and 2017 against the odds. I hope that this time the party really does seek to learn lessons from both extraordinary victories and defeats. In the coming months I would urge members to vote for a leader that can speak to communities in areas like ours and put forward a strategy that can rebuild all of Britain. 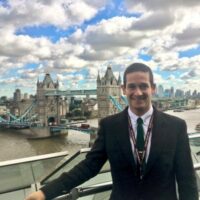