There has been a lot of talk about freelancing this election: from the need for a clearer definition of self-employment to the slapdash tax changes threatening the sector. What hasn’t been discussed so far, however, is just how important self-employed votes could be to the Labour Party – especially in a range of key target seats.

Of the 186 seats, 66 are Labour-held, and the list also includes a remarkable 39 of all 59 Scottish seats. The self-employed could be the difference everywhere from some of the tightest marginals in the country, such as Southampton Itchen and North East Fife, to key Labour targets including Iain Duncan Smith’s Chingford and Woodford Green and Boris Johnson’s seat in Uxbridge.

In short, the self-employed could be vital for Labour this election. That’s not the only reason to support this sector, though. There are now five million self-employed in the UK, working in every industry from graphic design to the NHS. They not only bring vital flexibility and expertise to every kind of business; they also contribute £305bn to the economy every year. That’s enough to fund the NHS twice over.

What are the big issues the self-employed care about? How can Labour make sure that next Thursday, when freelancers approach the ballot box, they will give them their vote? Well, Labour’s manifesto gave the self-employed the support they need in some areas. It pledged to “tackle late payments”, which is an enormous challenge for freelancers. In fact, IPSE research has shown the average freelancer spends 20 days a year chasing the money they are owed by clients. The manifesto also promised free full-fibre broadband for all by 2030, something that would help rural and remote freelancers hugely. Crucially, it also promised to scrap Universal Credit, a scheme that unfairly penalises struggling freelancers.

Above all, though, there is one key thing the self-employed are worried about: IR35. This is a tax specific to the self-employed. Under this legislation, if HMRC believes someone is “falsely self-employed”, it can tax them like an employee, but without any of the rights. The trouble is, IR35 is so complex that it catches out and punishes thousands of legitimately self-employed people.

In 2017, the government changed how IR35 worked in the public sector, driving out thousands of freelancers from organisations like the NHS and TfL. It worsened staffing shortages, causing delays and even the cancellation of major projects. The same changes are due in the private sector in April.

IR35 has been a big issue this election. All the main parties, including Labour, have now pledged to review the tax legislation. The Liberal Democrats and the SNP have explicitly said they would halt the April roll-out. Asked to confirm on Radio 5 Live if Labour would roll-out the changes in April, Rebecca Long-Bailey said: “We don’t think it will, no”. That’s more than Sajid Javid’s vagueness about what a review would mean, but if Labour really want the support of the self-employed, the party must be absolutely clear: no April roll-out.

As IPSE has been saying in its #5millionvotes campaign, the self-employed are vital to parties this election. Freelance votes could be the difference in 186 key seats, and therefore the difference in the election. Labour has taken strong steps in the right direction in late payment, Universal Credit and reviewing IR35. But if the party really wants to win the support of freelancers, it must give them the absolute certainty they need that this stifling and unjust tax change will not be forced on them in April.

Tags: sponsored post / Spon / The Association of Independent Professionals and the Self-Employed / Labour / 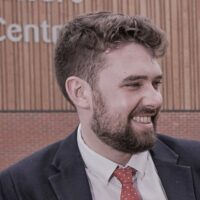 Ryan Barnett is economic policy adviser at IPSE (the Association of Independent Professionals and the Self-Employed).

View all articles by Ryan Barnett