As we enter 2020, local government faces a fight for survival. We’ve already suffered a decade of austerity and that looks set to continue for another five years with the Tories back in power. Recent statistics show that councils in England are spending £7.8bn a year less on key services than they did in 2010 – a cut of £150m a week.

Since 2010, in Tower Hamlets we’ve had to save £190m from our annual budget and will have to save an extra £39m by 2023. We are currently in the process of setting the council’s budget and each year, with more cuts and increasing demand, the choices become harder as the easier savings and efficiencies have been made.

Increasingly, councils see more pressure on statutory services like social care, and we of course still have to fund the essentials like collecting the bins. This means less headroom to provide the non-statutory services such as libraries or youth services, which are part of the local fabric and are vitally important to our residents.

At the general election, Labour promised an extra £13bn for local government and £7bn for social care. This investment would have been transformational, and I wish the result had been different nationally.

We go into 2020 with uncertainty hanging over us as the Tory manifesto did not have any spending commitments for local government – other than extra money for potholes. Councillors across the country can’t help but think that their budget position looks increasingly like a pothole itself.

We expect the government to introduce its so-called ‘fair funding’ formula in the near future which looks like it would take money away from areas with high numbers of people living in poverty like Tower Hamlets.

At the heart of the problem is the fact that the government has devolved cuts, but not powers, to local government. This suits them politically, but local services bear the brunt of austerity and the levers we have to bring in more money are limited.

Many councils welcomed us being allowed to keep our business rates as a way of making up some of the shortfall from having our grant from central government reduced. However there are ‘roundabouts’ as well as ‘swings’: the government’s plan to ‘rebase’ the business rates growth calculation will cost my borough an estimated £12m in 2021 making our budget much more tricky to balance. We see only a partial devolution with strings attached.

The new government has a lot in its in-tray. In areas like social care it is local councils who have been picking up the pieces. The government has dithered and delayed on producing a white paper on social care because it has been consumed by Brexit. The lack of action provides little comfort to our most vulnerable residents, who are in need now.

With an ageing population, it is councils who are picking up the tab to protect our most vulnerable residents. Councils have been able to add a council tax precept for adult social care of up to 2%. This simply isn’t enough. On top of this, we are having to move more money from our general fund pot to protect our most vulnerable residents. Central government should be funding this through a national social care service rather than getting councils to plaster over the cracks.

Special educational needs services in Tower Hamlets saw a 43% increase in demand between 2016/17 to 2018/19, yet the funding we received from central government only increased by 5.2%. And this is a picture reflected across the country. Schools already face funding pressures and, with the ‘high needs funding block’ allocated from the government running a deficit, neither the schools or us have any headroom to meet this demand.

The common thing which comes up again and again in these examples is that austerity has meant that our partners in the NHS, our local schools and our local police have all been trying to do more for less. When the NHS is under pressure this gets passed onto social care; when boroughs like mine lose over 200 police officers in a decade, residents turn to us for answers. By passing the buck central government has got us playing pass the parcel but it’s our residents who face the impact, as services they rely on are under threat.

The message to government has to be that you can’t simply pass the buck to local government. You need to properly fund councils or give us the powers and means to raise our own revenue. With another five years of the Tories ahead, local authorities will play an even more important role in supporting residents bearing the brunt of austerity and offering them hope. 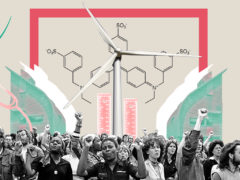 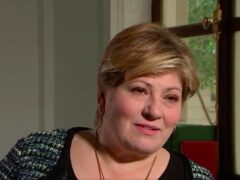