For decades, I’ve witnessed the tragic attachment of Labour leaders to the poisoned chalice of first-past-the-post. Perhaps some history can help break the cycle as, for the first time, a candidate pitching to lead the Labour Party – Clive Lewis – says it must embrace proportional representation.

I first encountered its importance 30 years ago. The then editor of the New Statesman, Stuart Weir, asked me to coordinate the nascent Charter 88. This was an appeal he launched in 1988, with the tacit support of Peter Preston at the Guardian. It called for a full range of constitutional reform to be combined in a written constitution. My personal priorities were for human rights and a democratic constitution. But PR was one of the Charter’s 12 demands and I immediately found myself working with the Labour Campaign for Electoral Reform (LCER) run by Mary Southcott and guided by Jeff Rooker MP.

Persuading the Labour Party was Charter 88’s priority. It took me to the 1989 party conference in Brighton. I met Gordon Brown in a crowded bar. Holding a pint in each hand, while manoeuvring through the crush, he just grunted that he opposed PR when I introduced myself. Later he embraced the larger argument for a new constitutional settlement, while never relinquishing his attachment to one-party rule.

It was at a fringe meeting that I observed this old force in its full glory. Hundreds of stalwarts came to hear Dennis Skinner. The contempt for ‘middle class reform’ was palpable. Skinner roared out his class-war justification for a winner-takes-all electoral system:  “To the victor, the spoils!”

The crowd cheered. I was appalled. Margaret Thatcher was at the zenith of her absolutism, despite ever-reducing minority popular support. What Skinner acclaimed, she enjoyed. Last month he ate the fruits of his rhetoric as his constituency became part of Boris Johnson’s spoils.

Labour’s leader Neil Kinnock realised that Skinner’s politics were a historic cul-de-sac. He commissioned Lord Plant to consider the merits of change and report after the coming election. First Plant then Kinnock himself were persuaded of the need for PR. But when the election came in 1992, Kinnock felt he could not pre-empt his own process. Challenged in a TV interview, he gave a fatally honest answer. He said he knew what he thought about the voting system but wouldn’t say! It fed into the crumbling of his credibility with voters and John Major’s surprise victory.

After he resigned as leader, Kinnock signed Charter 88. Later he told me he tried to persuade Tony Blair to back PR and cement an alliance with the Lib Dems to lock the Tories out of power. Blair had no answer except that he was not minded to agree.

Between Kinnock’s 1992 defeat and Blair’s supremacy, John Smith led the party. He swung Labour behind human rights and constitutional reform in his 1993 Charter 88 lecture. But he personally opposed PR. Rooker told me that New Zealand had just held a referendum to introduce it. I ordered a batch of their ballot papers to prove the credibility of asking voters to decide and we launched a successful lobby to persuade Smith to back the idea and thus preserve cooperation with the Lib Dems. It went on to become part of Blair’s 1997 Labour manifesto:

“We are committed to a referendum on the voting system for the House of Commons. An independent commission on voting systems will be appointed early to recommend a proportional alternative to the first-past-the-post system.”

The formulation was neat; there was no commitment to PR itself.

After Labour won in 1997, Lib Dem bigwig Roy Jenkins headed the Commission. In 1998 his report proposed a unique system of PR fit for the UK. In those heady days, backed by popular Labour figures like Mo Mowlam and Robin Cook and the Lib Dem leader Charles Kennedy, it would have been approved in a referendum. Had the 2001 election then been held under PR, Labour on 40% would have needed a coalition with the Lib Dems who were on 18%. Britain would not have gone to war in Iraq. Later, UKIP would have gained the seats it deserved and been exposed for what it was and there would have been no Brexit referendum. It was the closest Britain came to becoming a modern European country. Blair nixed it.

When Brown took over in June 2007, his desire to control the outcome undermined his approach to political reform. He especially distrusted referendums. When he led Labour to the polls in 2010, the manifesto simply committed Labour to imposing AV, a voting system that would strengthen one-party rule. Thus ended the Labour modernisers’ dalliance with the key to Britain’s political modernisation.

As an admirer of Germany’s post-war development, Ed Miliband should have embraced PR. Instead, his 2015 manifesto declared that his party’s aim was “Reforming government to give more power to people” and made no mention of the electoral system whatsoever.

Which brings us to Jeremy Corbyn. Interviewed in his first leadership campaign, Corbyn was diplomatic. He was not persuaded. Like his predecessors he never said that he preferred it, but he consciously protected the continuation of the status quo. He placed policy on the constitution in the hands of Jon Trickett, who asked Compass to convene a gathering of political reformers which he addressed. Corbyn had empowered him, Trickett told us, to open the way to a new political order to end elite rule and we should all help ensure he was armed with the necessary ideas.

I went to see him in the Commons to suggest he make PR an immediate commitment. He objected that electoral reform did not guarantee ending elite rule as he and I wished. Only a complete program of system change would suffice. It was a case of what Texans call ‘All hat and no cattle’.

Today, if we assess the women and men seeking the leadership we can ask each of them in what way are they not a Skinner or a Kinnock; or Smith, Blair, Brown, Miliband or Corbyn, when it comes to our democracy? How will they ensure that they are not going to join the roll-call of timidity, procrastination, and keeping the old UK electoral system on the road, that has accompanied Labour’s long decline? With a poll suggesting three-quarters of Labour members support PR, the welcome clarity of Clive Lewis should not be unpopular. So can the others speak: should we, or should we not, enjoy a fair and equal voting system?

This article was originally in ‘A short history of PR’ published by Compass. The full version can be read here. 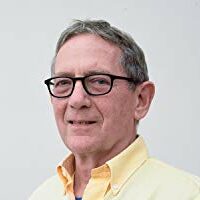 Anthony Barnett is co-founder of openDemocracy and its first editor. He co-ordinated Charter 88 from 1988 to 1995.

View all articles by Anthony Barnett