Labour Party staff rightly remain neutral during leadership campaigns. Even now, it feels strange to be nailing my colours to the mast. Frankly, though, it is too important not to do just that. I worked for the party from 2007, appointed under Tony, campaigning tirelessly for Gordon and Ed, before developing a close working relationship – and indeed friendship – with Jeremy.

In 25 years as a member, I cannot recall a time when the Labour Party needed unity more than now. Not unity for the sake of avoiding argument or division, but unity for a purpose. I know firsthand, having tried to unite the party in Scotland as general secretary, just how difficult a job that can be. But unite we must. If we don’t, it is simple: we will not win the next election, the Tory devastation will continue and things will get worse.

Each of the three candidates offer something unique, and both Rebecca and Lisa should have a leading role in our fightback. For me, Keir Starmer’s unique offer is his ability to unite the Labour Party and win public support for the radical programme of government that will be needed to fix the mess our country will be left in. It will take the collective effort of a united Labour Party, as it did in 1997, to get rid of this appalling government. That is the scale of the challenge.

At the last election, Scottish Labour suffered our worst defeat since before the first world war, losing six of the seven seats that we won back from the SNP in 2017, and leaving Ian Murray as the only Scottish Labour MP for the second time in five years. I am also supporting Ian in the deputy leadership contest. His experience winning against the tide in Scotland will help us win back seats we lost – not just in Scotland, but across the North of England and Wales.

Under Boris Johnson, support for Scottish independence is on the rise, albeit with a falling demand for another referendum anytime soon. But that appetite for independence will only grow without a credible UK Labour alternative to give hope to people in Scotland. If we don’t offer hope, independence will.

Of all three candidates, Keir has set out the clearest, most detailed manifesto to transform our party organisation. Such radical proposals as he has set out can only be achieved by a pluralist leader with support from across the whole party – nowhere more clearly demonstrated than in his own campaign team, drawn from Momentum, Labour First, and everywhere in between. It is this coalition of support that will allow Keir to work with Scottish Labour to ensure we are ready and fit for purpose to fight the Scottish parliament elections next year.

This election is about much more than an internal debate around personalities and policies. The stakes are much higher than that. The public are asking us if we even deserve to stay relevant to their lives. We need to go back to them with the right answer. Let us choose a Labour leader who can speak to the wider public, articulate our socialist values, and translate them into a winning campaign for government. The candidate who will lead us, unite our party, and dismantle this heinous Tory government, for me, is Keir Starmer. 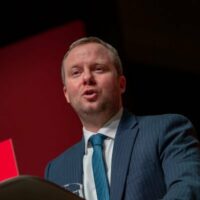 View all articles by Brian Roy