Over the last decade, homelessness has soared under the Tories. It is a moral emergency that we see on our streets everyday. We have a government that is indifferent to suffering. It appears to be more concerned about the colour of our passports than the welfare of our most vulnerable.

Labour in local government is not indifferent – it cares and is putting people first. In recent years in Birmingham, as one of the country’s major cities, we’ve seen big rises in homelessness and rough sleeping too – but we’re fighting back. This year, we have nearly halved the number of rough sleepers recorded on our streets from 91 to 52. That’s still too high, but it shows what Labour councils can do.

Homelessness is not just an issue that I care deeply about as Birmingham’s cabinet member for homes and neighbourhoods – it’s personal to me. I became homeless at 16. In my last year of school, I had to crash on friends’ sofas and tried to make ends meet. I used to mix a cleaning job with doing school work, and somehow got through my GCSEs.

The St Basil’s youth hostels were a lifeline. At times it was porridge three times a day until I managed to get a catering job serving students. It changed my life. Off the back of it, I got a home – no more sleeping rough, no more hostels, no more sofas. I moved in with one old mattress but have never looked back.

I learnt that people make a difference – and we can make more of a difference when we work together. I learnt that being broke isn’t easy; a leg up at the right time can change everything. Those experiences have shaped me. They are why I am Labour, and why I care passionately about supporting everyone in our society. With support people can achieve anything.

As the city council cabinet member for homes and neighbourhoods I’ve helped lead the fight back against this cruel Tory government by:

We have also led the mobilisation of ‘housing first’ tenancies across the West Midlands, expanded our outreach team – making sure that it covers the whole city and not just the centre – and introduced rapid rehousing. We’ve also targeted local investment for people sleeping rough with substance misuse to ensure a more robust and locally responsive health service.

One of the things I’m most proud of is that Birmingham is one of the only places in the country that has a scheme up and running for homeless people to have their own bank accounts, thanks to a partnership with HSBC. Not having an account is often a barrier to work and benefits.

It’s not easy. We’re supporting people with really complex needs who struggle. But it’s the right thing to do. In Birmingham, we had 91 recorded rough sleepers in 2018 – figures out today show that is down to 52. That’s still 52 too many people on the streets, but it shows the difference we can make. Labour councils are working flat-out, but what they need and what homeless people really need is a Labour government supporting them too. 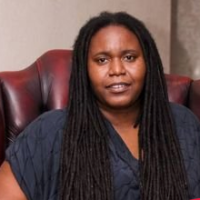 Sharon Thompson is a Labour councillor and cabinet member for homes and neighbourhoods on Birmingham City Council.

View all articles by Sharon Thompson