With the election of 104 female MPs last year, the Parliamentary Labour Party (PLP) is now 51% female, reflecting the wider population. The smashing of this glass ceiling is something to be celebrated, and the incredible role that Labour Women’s Network and Fabian Women’s Network have played to encourage and support women to stand should be applauded. But Labour in local government, which in the past has been more diverse than a PLP, is now lagging well behind.

Labour councils across the country are responsible for billions of pounds of public money. We make huge decisions every day on public services and local infrastructure. Diverse teams make better decisions, and representation is key in a representative democracy like ours. Unfortunately, Labour in local government still does not look like our communities. Only 45% of Labour councillors are women, and only 20% of council leaders are women.

Not only are we not representative in terms of sex, local government is also older and whiter than the country. Something has clearly gone wrong at the local level, even as it has improved nationally. In 2018, the LGA Labour Women’s taskforce was set up to address the structural barriers that women in local government face. We were sick of meeting in overheated conference rooms once a year to complain about the discrimination we face and instead wanted to put that energy into doing something positive. The taskforce membership includes all sorts of women, from all corners of England and Wales.

So far, we have written a model parental leave policy that over 40 Labour groups and 29 councils have adopted. This gives councillors who become parents during their terms certainty about the leave to which they are entitled. They should know that they won’t be penalised for having children and that any special responsibilities they have before they take leave will be given back to them, should they so wish, when they return.

I’m sure we’ve all sat in Constituency Labour Party and Labour Campaign Forum meetings where we’ve been told that the reason the Labour group for the area doesn’t have more women is because women don’t want to be local councillors. Well, that’s not my experience. The women I know in my local party are passionate, intelligent and full of ideas. They want to contribute to their communities and make a difference. But they’ve felt excluded or discouraged from putting themselves forward. As a taskforce, we believe the onus should be on the party to make these women feel welcome and valued. That’s why we produced a best practice guide to give local parties ideas on how they can encourage female activists to put themselves forward for selection.

We know that there’s so much more that we need to do. Women from ethnic minority backgrounds, those who are disabled and LGBT women, face increased barriers to getting selected and elected. We’re thinking about how we can better support these women. And we must remember that the struggle faced by many women does not end on the day of their election.

Many women find it difficult to have their ideas taken seriously in meetings and to be chosen for positions of responsibility. When you’re contending with multiple forms of discrimination, it’s even harder. It’s bad enough that only 20% of Labour council leaders are female – but barely 1% of Labour council leaders are women from an ethnic minority background. That’s only two across the whole of England and Wales.

The taskforce was set up because, as female local councillors, we were tired of having the same conversations once or twice a year about how much better the party could be in supporting us. We decided to take matter into our own hands and create policies that will have a real impact. While the Labour Party should rightfully celebrate the successes in achieving gender parity in parliament, it should not forget the work that needs to be done to make local government more representative. 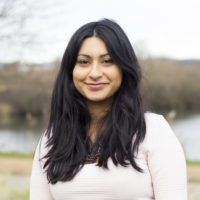 Farah Hussain is a councillor and housing cabinet member in Redbridge.

View all articles by Farah Hussain