As someone who has spent far too many years as a Labour councillor in deep blue Tory Hertfordshire, I don’t mind admitting I had become all too used to the routine of being in opposition. I would diligently help local residents with their problems great and small, and spend countless evenings in dusty committee rooms cajoling and sometimes shouting at the ruling Tory councillors in an attempt to make their bad policies slightly better. It is worthwhile, important work, and thousands of Labour councillors do it week in and week out in areas where there are no other Labour politicians. But it isn’t the same as having the power to deliver real change.

Last year, though, something changed. In May 2019, my dull and smug Tory district council in North Hertfordshire became a Labour-led council after almost a lifetime of Conservative negligence. And I have come to understand the impact that Labour has when we seize power rather than sit in opposition.

For the past nine months, I’ve been telling everyone the same story: it was our excellent Shadow Communities and Local Government Secretary, Andrew Gwynne, wot won it! With tongue slightly in cheek, I claim it was his decision to answer my call to come to leafy Hitchin to launch our campaign in early 2019 that swung it. This certainly gave us a campaigning boost, and it shows what can happen when national Labour politicians take the time to look beyond the borders of the ‘red wall’.

Winning for Labour in North Herts does not, sadly, mean a majority Labour council. But it did offer the chance to save our local residents from any more complacent Tory rule, and working with the local Lib Dems was a necessary trauma if we were serious about turning around neglected services, tackling the climate change emergency, and changing the culture of our council so that it serves rather than rules our local residents.

After gaining enough seats in the May election, and after gaining permission from Labour’s national executive committee, we entered a period of collaboration with a smaller Lib Dem group. Labour councillor Martin Stears-Handscomb acts as leader of the council. There are, of course, many challenges in such a commitment – not helped by some dreadfully divisive Lib Dem campaigning in the general election. But the gains for residents are far outweighing the difficulties of working with councillors of a political different persuasion.

We have hit the ground running to deliver all we can from our excellent 2019 manifesto. We very rapidly made a huge improvement in the bin collection service, and established a climate change panel with local groups and citizens. We are rewilding grass verges and planting hundreds of trees. We have re-established regular public meetings with police, councillors and citizens to establish local priorities, signed the Coop Party’s anti-slavery charter, and held the first North Herts Holocaust Memorial Day Commemoration for 20 years. We have saved some children play areas which the Tories had designated for removal. Most importantly, we have changed the culture of the council to one which serves its local community rather than rules it.

We have joined many other Labour administrations in taking full advantage of what the Local Government Association has to offer in terms of what it clunkily calls ‘sector-led improvement’. This started with an extremely effective development day led by a Labour leader from a different council and an adviser from the LGA. We hosted a corporate peer challenge, completed just weeks ago, to identify our strengths and areas of development as seen through the eyes of officer and councillor peers from similar authorities. This helped us to understand how we can use Labour values to deliver the best possible outcomes for all our communities.

We’ve also taken advantage of mentoring arrangements and leadership programmes organised by the LGA Labour Group, which have helped us quickly adapt to our new positions of responsibility. Other Labour groups who move from opposition to power may not need to access all this assistance, but I’d certainly urge everyone to see what is available and take full advantage of the best that the LGA Labour group is able to offer and arrange for you.

I hope other opposition Labour groups in ‘true blue’ areas are able to take some inspiration from our achievement. After a lifetime of Tory rule in North Herts, I’d like to think residents are now enjoying the benefits of having elected a Labour-led administration that is focused on their priorities, and is working hard to meet them. I know I am. 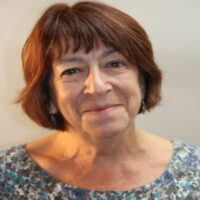 Judi Billing is a Labour councillor and cabinet member for community engagement on North Hertfordshire council.

View all articles by Judi Billing