Keir Starmer has succeeded in convincing Labour members that the Jeremy Corbyn agenda they continue to support will be also be his own, with the 2017 manifesto the ‘foundation’ of his tenure. I have long argued that the pressure against such radical social democratic measures today is so enormous – and the norms of the class fraction all MPs necessarily belong to so compelling – that only politicians with a sustained history and base in extra-parliamentary movements can be expected to stay committed to them. Briefings from the right-wingers in Starmer’s campaign and the pattern of prevarication in his pledges rather support my scepticism.

But he’s won, and it is time for the left to hold Starmer to his word. Who knows – in France only Charles de Gaulle, a president of the right, could recognise an independent Algeria; in Britain, only a Labour Prime Minister could marketise the NHS. Perhaps it will take a figure who has kept his distance from the Labour left to finally impose its programme. Yet if Starmer is sincere about continuing Corbyn’s work of legitimising an alternative to the failed neoliberal settlement, he’s going to need better answers than he has revealed so far to the following ‘tests’.

Its embrace of the ‘third way’ of neoliberal economics tempered by a limited social liberalism has rendered the centre left in Europe and the US open to ‘populist’ accusations that they merely defend elites. Corbyn’s ‘left populist’ moment was a brief reprieve, producing Europe’s only mass party of the left and harnessing the anti-establishment energies of the times – until Labour’s Remain-ward drift destroyed that rhetorical position.

One hardly expects the knighted former head of the Crown Prosecution Service to remodel himself as a renegade outsider. But the parliament-centred ‘forensic opposition’ and institutional expertise (not to mention Europhilia) Starmer’s supporters put such stock in is a liability. There needs to be some acknowledgement that, for much of the country, Britain’s institutions (and Europe’s) are objects of pained resentment rather than respect.

Starmer’s promise of a Green New Deal “hardwired into every level of government” is encouraging. His reluctance to meet Rebecca Long-Bailey’s firm zero emissions date of 2030 is not. Covid-19 has exposed shallow international cooperation, finance and the organised right muffling the voices of scientists, and the complete ineffectiveness of merely asking businesses to behave responsibly.

The left’s programme of green restructuring of industry in collaboration with trade unions needs to be popularised fast, because adequate change is not coming from the top. Electorally, 2024’s young voters are being forged in climate protests, and they won’t accept anything less than militant climate credentials.

Premature declarations of the ‘end of austerity’ have been comically frequent since 2015. But Johnson switching out his original chancellor, Sajid Javid, for a yes man willing to indulge his fondness for expensive infrastructure projects – followed by the new settlement on public spending that Covid-19 is creating – suggests that this time is different. Combining selectively deployed spending splurges with ongoing hostility to immigrants and benefit claimants, Johnson’s anti-austerity Toryism offers ‘everything for you, nothing for your neighbour’, and can’t be responded to with mere moralising defences of those it leaves out.

When Johnson became leader, I urged that Labour abandon the moralising frame of ‘anti-austerity’, and focus instead on ‘economic democracy’: the argument that we don’t simply want more cash flowing through the same hierarchies, but greater agency and ownership rights for workers, and a move from privatisations to state ‘in-sourcing’ of ethical local firms. Rebecca Long-Bailey was an architect of this thinking within Labour. In comparison, Starmer’s ‘moral case for socialism’ doesn’t yet seem to have recognised the enemy it is up against.

The media and the Parliamentary Labour Party

A decade of leaders unpopular with their MPs has entrenched the PLP and media in a toxic ecosystem of continual well-briefed negative stories about the party. If Starmer is serious about building on the 2017 programme, then he will not be spared this treatment, and from dissentient MPs who can barely be negotiated with, since they have no coherent ideology of their own.

While the Corbyn years were a renaissance of innovative policies, Corbyn’s detractors in the PLP have been the proverbial dog chasing a car, especially on the economy. It seems little has changed since Steve Richards remarked in his 2010 biography of Gordon Brown that “from 1992 Labour produced only half-formed politicians, none of them giving much thought to the policy area that defined what was possible in every other field”.

The left’s answer to this staleness has traditionally been that MPs should be automatically open to challengers to take on the candidacy in their seats every parliament, i.e. open selections. But since Corbyn was, in the end, too loyal to his colleagues to impose this reform, it’s hard to imagine Starmer doing so. Labour members have embraced Starmer in the hope that he can end factionalism within the party; yet without ideological change in the PLP, this will be irreconcilable with retaining the 2017 programme. 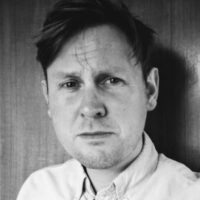 James A. Smith is author of 'Other People's Politics: Populism to Corbynism'.

View all articles by James A. Smith