It is the result that the labour movement has been waiting for since December 12th last year. Yes, it is time for a new Labour leader and deputy leader. The general election result was devastating – there is no doubt about that. But there’s also no doubt that one of the biggest policy shifts to come from Jeremy Corbyn’s leadership was the Labour Party’s unequivocal rejection of austerity – an ideology that continues to hit the most vulnerable in society.

There are many big questions and priorities facing whoever takes on the unenviable position of trying to build a new coalition of Labour support. We cannot pretend that antisemitism, establishment media attacks and ultimately our Brexit policy did not impact our core vote. They did.

But we must also focus on what we should do next. The Tories, with their 80-seat majority, have shown that they have no intention of reneging on their onslaught of privatisation, attacks on civil liberties and class war.

Still reeling from a decade of punitive cuts and labour market turmoil, workers in the public sector, in the gig economy, in low-paid and precarious jobs, are again being left with little support from the state as Covid-19 brings the economy to a standstill.

The government’s promises to ‘do whatever it takes’ to ensure that people are supported are falling flat. Income protection schemes have been rolled out half-baked, NHS frontline workers are being deprived of coronavirus tests and personal protective equipment – while also being gagged from speaking out – and a severely weakened social security system has been unable to cope with the million-plus applications it has received in the last two weeks alone.

Covid-19 is shining a spotlight on the scale of damage that austerity has wreaked on our economy and society. The incoming Labour leader and their reshuffled shadow cabinet will have a renewed opportunity – and duty – to hold the government to account and to scrutinise the impact of its policies on working people. Labour must not go back to being the party of austerity-lite, or become an unwitting aide in the government’s incompetent handling of the worst public health crisis in modern times.

On three key fronts, the new Labour leadership should reaffirm the party’s anti-austerity position and embed these in its opposition over the next 12 months. The first of these is a commitment to reforming a broken social security system and pushing for immediate comprehensive social security protection of people affected by the virus.

The outgoing Labour leadership has led calls for statutory sick pay rates to be increased and rolled out to all workers, and said that the government should also consider introducing a minimum income guarantee. Just this week, the New Economics Foundation published its proposal for the government to bring in a minimum weekly payment of £221 to everyone not covered by the job retention and self-employed income support schemes. Labour has previously supported the idea of trialling a universal basic income – now is the time to revisit that to stave off the worst impacts of a deep recession.

The second of Labour’s manifesto pledges to reaffirm is the commitment to building 100,000 council homes per year. The pandemic has exposed the fragility of working people’s living conditions. In the midst of a housing crisis in which low-earners, young people, and people living in unaffordable towns and cities have disproportionately been locked out of home ownership for years, the threat of losing a job or even a proportion of monthly income has sent shockwaves of panic to renters across the country.

Over 40,000 people have backed the call from the renters union Acorn for a rent waiver and, before the government’s announcement, a ban on evictions for at least three months. In this climate, Labour’s proposals on mass council house building and tighter regulation of the private rental sector become even more salient. In cities like mine in Oxford, the local Labour council prioritises council and social rent housing provision where it can. The new party leadership should do the same.

The third commitment is to a green new deal. The climate emergency requires strong leadership, and a Labour Party that will hold the government to account over its failure to take any meaningful action on climate change thus far. Rapid decarbonisation by 2030 is a must and, as endorsed by the 2019 Labour conference, should feature as a core part of Labour’s opposition over the next four years.

All three of these policies are overwhelmingly backed by Labour members, poll well with the electorate, and are in line with the sort of social policies advocated by the state in other European countries. We must never forget that over 130,000 preventable deaths were caused by austerity. To be an effective opposition, we must clearly put people at the heart of our agenda. 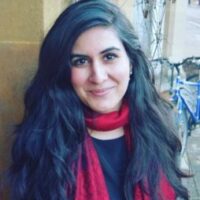 Rabyah Khan is chair of Oxford and District Labour Party.

View all articles by Rabyah Khan