Across the country, Labour members have been central to incredible community responses to the coronavirus crisis. Not only has this made a tangible difference to the lives of those hardest hit by Covid-19, it also offers a potential way forward for Labour to build stronger links with both our own members and the communities we represent.

With ‘formal’ meetings suspended, Hornsey and Wood Green Labour Party has recognised the importance of staying connected with our own members. Our first Zoom meeting took place with our MP Catherine West, which allowed members to discuss with her the local priorities to be raised in parliament and recent internal party developments. Our branches have organised regular calls to check in with their older and shielding members, while Haringey Young Labour has started a socialist reading group.

Haringey Labour members have been integral to the establishment of mutual aid groups. As the crisis has developed, WhatsApp groups have been set up on a street-by-street level and, in spite of social distancing measures, relationships have been built between neighbours who may never previously have spoken. One branch chair described it as reminiscent of her upbringing in an Irish working-class neighbourhood – a sense that everyone was looking out for each other.

A key aim of Labour’s community organising strategy is to build stronger relationships between the party and the communities that we seek to represent. While mutual aid groups are by no means a Labour initiative, in Haringey, the centrality of Labour activists and the resources our party has to offer – from printers to delivery networks built during the general election – have led to members becoming better connected to their communities.

Jude, for example, was a Labour member, but she had not been particularly active in campaigning before the 2019 general election. As a parent and governor at a school that serves one of Haringey’s most deprived estates, she has worked with parents on the estate to establish a mutual aid group to strengthen community networks and support vulnerable families hit by unemployment and unable to afford basic necessities.

Through close engagement with local Labour members and other community activists, this initiative evolved into a ward-level group, a coordinated response that is rooted in the community and builds on existing structures and initiatives. As well as services including shopping and prescription collections, and social support through gardening exchanges and singalongs, volunteers have also supported each other to apply for Universal Credit and understand their rights around benefits and rent.

Clearly the pandemic has not affected everyone equally, with those in insecure or low-paid work hit the hardest. In Haringey, we launched a petition for Tottenham Hotspurs – the eighth richest football club in the world – to ensure that their non-playing staff received a full wage during the pandemic. This is something that the club has now agreed to do.

Labour must turn its campaigning efforts to defending those being exploited during this crisis by unscrupulous landlords and employers. One such example is a worker for an Amazon supplier who reached out to their mutual aid group in Hackney with concerns about the lack of social distancing in their workplace. Labour members contacted trade union GMB, who ensured that staff were furloughed and no longer had to put themselves and vulnerable family members at risk.

By maintaining these relationships and networks in our communities, we are able to mobilise the strength of the labour movement to empower local people in their everyday lives. And Labour members should take forward what has been built: at the most basic level, we can ensure that more meetings can be accessed by those unable to attend in person. More pressingly, our newfound online groups, relationships and community spirit should not be dropped when door knocking and leafleting returns.

Instead, we must remember that the party is at its best when immersed in the concrete realities of our communities – reaching within and beyond our membership to offer the support of the Labour movement to the vulnerable or oppressed, as well as to build successful campaigns that really matter to local people. This could, and should, be part of the strategy to rebuild the Labour Party as an electoral force. 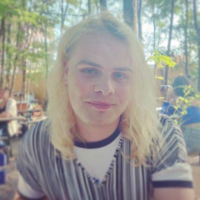 Tom Hymas is a party borough organiser for Haringey Labour.

View all articles by Tom Hymas