Before lunchtime tomorrow, we will know who has replaced Jeremy Corbyn as the leader of the Labour Party. The announcement cannot come a moment too soon. With the Conservatives currently enjoying a 25-plus percentage point lead over Labour, the new leader has a mountain to climb if we are to rebuild as a credible party of government.

To do that, we need an honest understanding and analysis of why we lost last year’s election so catastrophically – and we are looking forward to the publication of Labour Together’s much-trailed election review to kickstart that process. Today, we are publishing our submission to that review. We would encourage you to read it in full, if only for some of the brutally honest feedback we gathered from members and supporters that we’ve quoted in the text.

Front and centre, there is no escaping the fact that Jeremy Corbyn and the politics he has come to represent was a massive turn off for the general public. His political worldview was irreconcilable with maintaining the support of our voters, particularly given the patriotism of our traditional base. Reports alleging that he had historic sympathies with the IRA, Islamist groups and Russia were toxic, with councillors and activists reporting voters slamming doors in their faces because of this perceived support.

The decision to vote in favour of dissolution in November 2019 highlighted the hubris at the heart of the Corbyn project: the assumption that public opinion would turn in his favour, and that the righteousness of his cause would lead to a Labour victory. As it was, our contorted Brexit policy ended up pleasing nobody – Remainers, Leavers, the shadow cabinet, party members, ordinary voters. We weren’t trusted on this fundamental issue of national importance.

Longstanding allegations of cronyism and intolerance finally cut through on the doorstep in the latter half of 2019. The active decision to isolate and repudiate internal opponents, the actual and political nepotism surrounding senior appointments, and stories of intimidation and an increasingly corrosive culture at HQ were all cited to us as problems.

All of these issues – hubris, ideological and nepotistic favouritism, intolerance towards moderate and progressive elements, and a narrow, anti-Western foreign policy outlook – collided together to create the poisonous crisis of Labour Party antisemitism.

The party’s failure to deal with consistent and damning instances of antisemitism – not least Corbyn’s personal lack of engagement, accountability or convincing concern – came to define us. It was raised with us on doorsteps from south Wales to west London, in Wolverhampton and in Canterbury, serving as a totemic issue to describe and explain the party’s descent and defeat under Corbyn.

Whilst the new leader can draw a line under all of this, there are further structural political issues that need to be addressed. Labour’s support is changing, reflecting the seismic cultural and social changes that have been accelerated by austerity and flagged up by Brexit.

If the Labour Party has any future as a relevant and credible political force, it has to grapple with these changes and decide what and who it stands for in the decade ahead. These are potentially existential questions. Does it have the appetite to recast itself as a genuinely universalist political project committed to bringing the country together?

The loss of longstanding staff with significant campaigning experience has become marked in recent years. HQ has seemed happy to subcontract campaign innovation to Momentum, whilst community organising has been prioritised and directed by senior staff instead of being devolved to regional offices and local Labour groups.

The election exposed just how far the Labour Party has been transformed, quite purposefully it seems, from an organisation devoted to the planning and winning of elections, to one remodelled as a movement to support the outgoing leader. This has to be rectified.

Despite pleasing sections of the party membership, taken as a whole our 2019 platform failed to convince the public – notwithstanding approval for individual policies. Taken as a whole, our manifesto did not add up and the sheer number of policies undermined our credibility. This was felt on the doorstep, too.

Looking to the policy preoccupations of the decade ahead, we need to be thinking more creatively about devolution and localism, policies that promote redistribution and empowerment, and how we prioritise local communities and our individual roles as citizens and consumers. Now more than ever, we must tackle 21st century problems with 21st century solutions – not hark back to prescriptions from the 1970s and 1980s.

A lot to think about, and a lot of work to do if the party is to recover its political position. We are hopeful that the new incoming leadership will take our concerns seriously. But the task of renewal goes beyond the new leadership – we all need to get stuck in if it is to be a success. 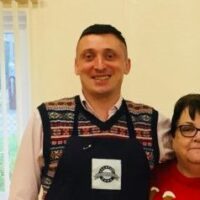 Nathan Yeowell is the director of Progress.

View all articles by Joseph Holland