Labour should be proud to have introduced gender recognition in 2004 and harmonised equality laws in 2010. The case for building on these foundations has strengthened, despite moves from anti-trans groups to undermine our rights. The Tories now propose to further marginalise the trans community, but we will fight back to secure our human rights.

The Sunday Times reported over the weekend that the government is set to ditch reforms to gender recognition laws, even though 70% of those who responded to the consultation supported the proposed changes. This follows recent indications from equalities minister Liz Truss on restricting access to single-sex facilities and treatment for young people.

The government plans to announce a ban on “gay cure” therapies in a duplicitous ploy to “placate” LGBT+ people, according to the write-up. This is a well-won victory for the LGBT+ community, but it shouldn’t be used to mask Tory broken promises on gender identity reform.

Sources suggest new protections will be brought forward to safeguard female-only spaces, including refuges and public lavatories, although they are already provided for in the Equality Act 2010. Tighter controls on local councils are expected to limit gender-neutral lavatories.

Over 5,000 GRCs have been issued over the last 16 years, whilst around half a million fall foul of the restrictive law – being denied a statutory routes to live their lives by using a retail changing room or pop into the loo. These are mundane activities that can only get the anti-trans lobby into a lava of prejudice.

With the Tories in retreat over plans to replace the demeaning medical process for recognition in favour of a legal approach, the marginalisation of trans people is set to worsen. Often referred to “self-identity” for mischief’s sake, what has been proposed is a robust legal process to replace and outdated and dehumanising bureaucracy.

In a well-timed move, the Tories are pitching into another culture divide, picking up a populist media driven narrative, failing again to be led by the evidence. In bolstering anti-trans views, they seek to fracture our communities and bring about discord in the labour and trade union movement.

Following contradictions between key Labour spokespeople on gender identity during the 2019 general election, silence on the subject in recent months from our frontbench and a growing sense that a hierarchy of inequality exists, it is time for Labour to stand with trans people for dignity and equality.

Trans people are invisible and voiceless in public life. There has never been a trans parliamentarian and of 6,204 Labour councillors only two are known to be trans people. Consequently, as political outsiders, trans activists are seeking to encourage our cisgender allies to speak up for legal protections and rights.

It is not just a piece of paper. As a holder of a Gender Recognition Certificate, I know how empowering that legal validation brings. It was made possible by a Labour government and we must build on this by liberating more people in our community. Setting out a fair and robust legal process can accomplish this meaningful objective. It means not flinching away from trans equality and holding the Tories to account on their broken promises.

Coronavirus has put aside this year’s season of Pride events around the country. They would have offered an opportunity for self-affirmation and advocacy for trans people. Invisible and voiceless because politics isn’t trans-inclusive, we provide a cheap shot for the nasty party that brought in the infamous Section 28 and have of late failed to implement many aspects of equalities legislation.

Labour and the trade union movement need to stop obfuscating and stand with us, making it clear that trans women are women, trans men are men, and trans people deserve unconditional solidarity and support for the right to exist in the gender with which we identify. LGBT+ Labour held an emergency executive committee meeting yesterday to set out its position and key actions in response. The resulting online petition encourages our frontbench to challenge and scrutinise the government’s plans. 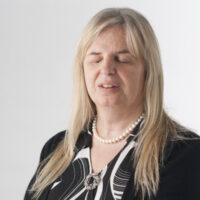 Emily Brothers is a member of the Fabian Society executive committee, a founding member of Labour Trans Equality and was Labour's parliamentary candidate for Sutton and Cheam in 2015.

View all articles by Emily Brothers