The Department for International Development (DfID) was created under a Labour government in 1997 as an independent department with a strong and unabashed focus on global poverty alleviation. Separate from the aims of the Foreign and Commonwealth Office (FCO), DfID developed its reputation as a world-class organisation, leading the market in global development and influencing governments and other aid and development agencies. In 2008, ten years after the creation of the department, it led a global coalition to demand that 0.7% of the national income of G7 countries be spent on aid; a proud achievement of the Labour government under Tony Blair and a target championed by his successors. Indeed, last week’s announcement that DfID was to merge with the FCO was met with criticism from former Prime Ministers.

There is no long-term rationale for the merger. In an era where influence is gained from technical expertise rather than generalised diplomacy, this appears to be a scramble to secure DfID’s £15.2bn budget, against the FCO’s £1.7bn, and a distraction from the diminished influence of the FCO across the globe. But the merger will not create more influence for Britain globally – far from it. Any nation’s soft power and influence diminishes considerably if it is pumped out of the hard power engines of the FCO and its military objectives. This is one of the reasons that the British Council, the UK’s cultural relations agency, strove to maintain an arms-length relationship from the formal government machine.

The merger also diminishes Britain’s development impact, built up over 20 years of experience – from evidence-based interventions on reducing poverty and stimulating growth to progressing health and education outcomes, advocating for the elimination of violence against women and girls and pushing for more action on climate justice and the protection of human rights and human security. DfID was part of a coalition of global players in the early 2000s that convinced the World Bank and other agencies to de-link human rights conditions from aid and investment, a move welcomed in the global south. The protection of human rights was a precious goal – but not if ultimately to be used as a stick to control the flow of aid, causing more harm than good to developing countries.

The Prime Minister’s comparison of aid to Tanzania, Zambia and the Ukraine makes a mockery of the principles of targeting the poorest in the world. This is widely understood and supported by UK taxpayers who prefer to see their tax spent on the poorest countries and those most in need. Ukraine and the Balkans are not the poorest nations in the world; they are clearly linked to the UK’s diplomatic and military interests. The Prime Minister’s preference for closer ties between development, trade and foreign policy is already happening at a practical level, with the FCO delivering more traditional aid programmes without the technical skills required to implement large-scale operations.

The Labour government and its aid allies played a smart game in 2008, anticipating this day in 2020 when the department would come under attack from inside government. DfID’s budget is still protected by the 0.7% aid commitment enshrined in law and, while different parts of the UK government machinery have already eaten into the aid pot, any attempt to redistribute the budget in a wholesale manner will be open to legal challenge. Nevertheless, the DfID budget is still being reduced in real terms by 40% as national income shrinks due to Covid-19 – a situation that was already causing mild panic inside DfID as early as March. The decision to merge the departments could not come at a worse time, as the word’s poorest suffer during the pandemic.

The Labour Party has criticised the merger, and it is encouraging to see it defend one of Britain’s finest achievements of the 20th century by pledging to re-establish the department. The independent and world-class development organisation reflects the best of Britain and enjoys widespread public and cross-party support. If this government persists in the erratic and irresponsible decision to alter the future of UK global aid during the midst of a global pandemic, a Labour government will firmly put DfID back where it belongs in the 21st century. 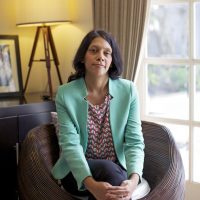 Dr Halima Begum spent nine years as a senior specialist at DFID, including as the first secretary of development and education in Pakistan and Bangladesh. She is a non-executive director of the Labour Campaign for Human Rights.

View all articles by Halima Begum