The pandemic has forced us to evaluate how we think about work, what is and isn’t essential work, and how we reward those who perform vital functions in our society. Unfortunately, Tower Hamlets Council appears determined to pass up this opportunity for reflection as it is pushing ahead with highly controversial plans to impose worse conditions on its workforce.

The ironically named ‘Tower Rewards‘ scheme is a complex package of changes to council workers’ contracts that include cuts to the starting salaries in lower-paid jobs, reductions in travel, unsocial hours, reductions to the existing flexible working system and cuts to redeployment and severance pay. With some staff in higher grades seeing an increased salary, trade unions stress that the changes will disadvantage lower-paid, frontline workers most – disproportionately women and BAME staff.

The dispute has been festering locally for about a year, with a series of ballots by all unions indicating time and time again that council staff are not happy with the proposed changes. As of February, UNISON’s Tower Rewards industrial action ballots showed conclusively that workers reject the proposals. Among core council employees, with 52.5% turnout, 89.6% were ‘yes’ votes – while community schools staff delivered a massive 98% ‘yes’ vote for strike action. This is an overwhelming vote that not only meets the 50% threshold imposed by the most recent Tory legislation, but even the higher threshold for ‘essential services’, with over 40% of the total membership balloted in each case. The NEU recorded a similar result with turnout of 51.5% and 95.4% voting ‘yes’.

However, the council’s chief executive has always openly acknowledged his willingness to use regressive (Tory) anti-union legislation to force a sacking and re-employment of the workforce regardless of their views on the new conditions. In fact, from the start of the ‘consultation’ – when proposals were presented to staff before the unions, and presented as if they were part of the previous year’s nationally-negotiated settlement – management has sidelined unions in favour of one-to-one staff meetings. In these meetings, workers have only heard one side – that of the management – and were told that they needed to sign the new contracts or face being sacked and forced to accept the new terms regardless.

In March, we saw the horrific mix of a deadly virus and government incompetence, of underfunding and undervaluing essential services. NEU and UNISON responded immediately by recognising that their planned strike action would be untimely. They offered to continue supporting our communities through their work. Because, while office workers took to lockdown and sourdough baking with varied success, it turned out that cleaners were essential, teaching support staff were essential and social care workers were essential. When the economic pain of Covid-19 truly hits families this winter, every single one of our frontline council workers will become essential.

Yet, despite clapping for them week after week, Labour-run Tower Hamlets Council is preparing to go back to business as usual. In this case, that means firing and re-hiring our essential staff on worse contracts. Nothing says ‘thank you’ like a kick in the behind. The local Labour Party is, predictably, opposed to the scheme and has been ever since union reps first voiced their concerns. The council’s executive mayor is, even more predictably, ignoring local policy. After spending months trying to placate local members, claiming that this is not a political matter and the officers are simply going through due process, John Biggs seems determined to hide behind his chief executive.

The responsibility for Tower Rewards and the negative impact it will have on our workforce and the local community lies squarely at the feet of our executive and the cabinet, after a small number of backbench councillors wrote to express their opposition to the plans and their concerns were sidelined. If the proposals were all about modernising the workforce management and extending benefits across all pay grades – as the mayor claims – then there would be little for unions to protest against. This has not been the case. It is shameful for a Labour council to side with generously-paid upper management and not with the rank and file of its workers.

What about that other big headline this spring – Black Lives Matter? As a diverse inner-London borough, I am proud to say that Tower Hamlets has a rich history of anti-racist organising, a history that we honour and celebrate – and that we recently added to by removing a slaver’s statue from Canary Wharf. It was right for the council to facilitate that, and it was right for mayor Biggs to make a statement on Black Lives Matter. But with the economic hit of the Covid-19 crisis set to hit harder this autumn, it is worrying that the impact assessment of the Tower Rewards scheme fails to provide a gender and ethnicity breakdown according to pay grade.

Instead, the council and our executive mayor deny any detrimental impact on women and especially women of colour. It is a denial not based on fact, however, because the relevant information has simply not been gathered. Unions have repeatedly demanded a proper equalities impact assessment since the proposals were presented. They know their colleagues and their circumstances much better than the CEO, and they know that the changes hit the lower pay grades disproportionately – exactly where the majority of the workforce is BAME women. Leaving aside the implications of this status quo for a borough committed to racial justice and battling with over 50% child poverty, surely now is the time to take some positive steps to address this inequality and not force through detrimental changes to women’s contracts.

Although Covid-19 and circumstances around schools specifically have disrupted the cross-union strike action, this should not be read as a retreat from the dispute among the members of the other unions represented in the council’s workforce. The coordination between Tower Hamlets UNISON, the NEU, Unite and GMB at the beginning of the dispute illustrated the level of dissatisfaction across the board. Even if bureaucracy may have intervened, it is still the case that the country’s largest union, UNISON, is behind the strike action on July 3rd, 6th and 7th. In fact, general secretary Dave Prentis joined the Friday online picket rally, which welcomed over 400 attendees, to voice his full support for the council workers on strike and deliver a clear warning to executive mayor John Biggs. One of the two Tower Hamlets MPs, Apsana Begum, also attended and gave enthusiastic thanks and full backing for UNISON workers on strike. Former Shadow Chancellor and picket veteran John McDonnell also made a welcome appearance.

It is unclear why a Labour-run authority is determined to antagonise UNISON, or paint a picture of the local branch as isolated and unsupported when there has been an outpouring of solidarity from across the labour movement. An open letter opposing the Tower Rewards scheme has been signed by over 1,000 residents and trade unionists from across the country. Friday saw the first day of industrial action, with pickets over six sites across the borough. There was a beautiful show of solidarity when refuse truck drivers stood with their picketing comrades, despite not being covered by the Tower Rewards changes (waste collection in Tower Hamlets only recently moved back in-house after years of headaches with private provider Veolia). Shamefully, council managers called the police on the solidarity picket. As the strikes continue today and tomorrow, the timeless phrase “a Labour council, a Labour council!” comes to mind. 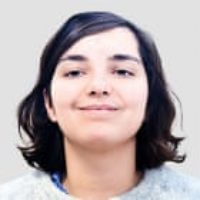 Alena Ivanova is a Labour and Momentum activist and an organiser for Another Europe is Possible.

View all articles by Alena Ivanova