That means the government has just 24 hours to change course on a one-size-fits-all plan that will in effect mean redundancy for so many workers across the country – a plan that Shadow Chancellor Anneliese Dodds today rightly dubs a “python-like squeeze on jobs”.

Throughout this crisis, the government response – both in terms of public health and economic support – has been too slow. They were too slow to engage with the emerging evidence about the disease, too slow into lockdown, and quite frankly they are still failing on test, trace and isolate. Now they are dragging their feet on supporting jobs and livelihoods in the industries that have been hit hardest.

Just last week, we discovered that despite a pandemic being at the top of the government’s risk register for a decade, they had failed to plan for the economic impact of millions of people being unable to work. There’s a pattern right across their response – a decade of complacency and underinvestment means they are repeatedly caught on the hoof and their attempted solutions simply fail to match the challenge. Now the government is removing support for industries still affected by necessary public health measures, before many businesses have even had a chance to recover.

Again and again, Labour has called on the government to save jobs and livelihoods by investing in industries that most need support and which will be the foundation of an environmentally and economically sustainable future. An ambitious Green New Deal would create secure jobs and stimulate the economy, as well as taking steps towards tackling the climate emergency.

Tory foot-dragging means that billions of pounds are now being spent in the wrong place, whilst sectors in genuine trouble are at real risk and sick pay arrangements are insufficient to support people to self-isolate. We need to strengthen the social safety net and see investment in public services to protect people – especially given the risk of the virus taking hold again ahead of the winter.

We still urgently need a working test, trace and isolate system that gives all of us greater confidence. Because as appealing as the promise of cheap meals out may be, the reason many people are staying at home isn’t because the price hasn’t been right. It’s because the health response still isn’t right.

Their one-size-fits-all policies around the job retention bonus and the self-employment schemes are driving up unemployment in this country, with hundreds of thousands of jobs already lost. The government says it’s reluctant to “pick winners” by intervening to help different economic sectors, but it isn’t ‘picking winners’ to stop companies that were solvent and successful just a few months ago from going bust and protecting the livelihoods of their workforce.

In the weeks ahead, with parliament in recess, Labour will be campaigning across the country for a five-part plan to fight for jobs and keep workers safe, back businesses and protect our communities:

Every day brings fresh news of job losses, fresh concerns about particular towns where the virus is spreading faster again, fresh fears for sectors which will be key to our recovery but just now can’t operate safely. It isn’t enough for the Tories to sit back and do nothing. This summer we need to hold their feet to the fire – and show the country that a Labour government would be very, very different. 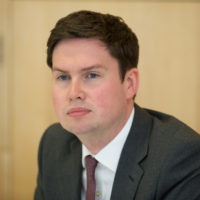