Before Covid-19, if you referenced ‘herd immunity’, most people would have drawn a blank. It wasn’t at the top of the agenda of your local branch meeting, or one of the motions firing up delegates at conference. But the phrase is now infamously associated with the government’s early approach to the pandemic, which appeared to support allowing the disease to spread throughout the country in order to build up a natural resistance. This early response, compounded by a litany of subsequent failures, exacerbated the UK’s experience of the disease and helps explain why we now have one of the highest death rates per capita in the world.

Despite its new-found reputation, herd immunity is a sound scientific concept – and critical to the long-term path out of this crisis. In fact, one reason for which it wasn’t very well-known before Covid-19 was its own quiet success. Simply put, it is the idea that if immunity from an infectious disease is sufficiently widespread, usually somewhere between 60% and 95% of a population depending on the infection, this acts as a natural barrier to people who are not immune from catching the disease. This is the idea behind successful vaccinations programmes, which have made dangerous diseases such as smallpox, tuberculosis, measles, mumps and rubella a problem of the past.

Similarly, it will underpin any vaccine for Covid-19 and provide us with the best chance of returning to normality. By providing vaccinations to enough of the population to achieve herd immunity, we can relax social distancing, quarantines and lockdowns – even if not everyone has had the vaccine.  The risk is that if the phrase herd immunity has become so toxic and so closely associated with the botched early response of the government, there may be a backlash to rolling out a potential vaccine that references the concept.

We have seen this kind of communication challenge with vaccines before. In recent years, support for vaccination programmes has declined. This trend is largely thought to have started because of the publication of a paper in 1998, which claimed that the combined measles, mumps and rubella (MMR) vaccine caused autism in children. Although this paper has been thoroughly and repeatedly debunked, it has provided fertile ground for conspiracies around vaccination. Today, there is an ‘anti-vax’ movement, based primarily on social media and the internet, which spreads the misinformation that vaccination is dangerous for children.

Sadly, this appears to be having an impact: in the UK, only around 87% of kids have had both MMR jabs by the time they are five years old. This has opened the possibility that diseases we thought were gone forever may return. Indeed, recent research by King’s College London has indicated that only 53% of British people would be certain or very likely to allow themselves to take a Covid-19 vaccine. All of this means we need to be prepared for how to explain any Covid-19 vaccine to the general public and create popular understanding and support for its use.

The good news is that the general problem of the ‘anti-vax’ movement has been recognised. In September 2019, Shadow Health Secretary Jonathan Ashworth said: “We need serious action on falling vaccination rates, including proper funding.”

We need to be planning for a public health campaign to properly inform people about the need and benefit of vaccination. This can’t just be politicians speaking to the media – we need a widespread and high-profile campaign across, social media, radio and TV. We need to reach people where they are, with a clear, simple to understand message. Nor should we necessarily wait for a vaccine to be complete. This issue is pressing. In the context of flourishing Covid-19 conspiracy theories, it is urgent that we do not allow vaccination to be undermined any further.

To support any such public health campaign, we must also consider a social media ban on the spreading of misinformation about vaccines and Covid-19. Just as hate speech is irrational and corrosive to community cohesion, intended or reckless spreading of misinformation about vaccines is both unscientific and a threat to public health. Social media companies have been slow to tackle misinformation – but they will have a critical role to play in ensuring that public confidence in a vaccine is not unjustly undermined.

Herd immunity has been given a terrible reputation by this government. But when the real concept is a combination of science and solidarity, it shows that through collective action, we are even able to defeat disease. When the ‘anti-vax’ conspiracists spread falsehood, they are not only risking the lives of innocent people, but also threatening our shared bonds and solidarity.

Over many months, despite government incompetence and indifference, we have acted together to bring down the incidence of this terrible disease. Misinformation about vaccines is a ticking time bomb, and we must be forcing the government to act now, before it is too late. 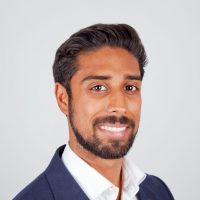 Praful Nargund is chair of Islington South and Finsbury CLP.

View all articles by Praful Nargund