The launch of the UN Women report ‘From Insights to Action’, exploring the impact of Covid-19 on women, confirmed what many of us knew instinctively at the beginning of lockdown: the coronavirus pandemic has been, and will continue to be, devastating for women. 47 million women and girls worldwide will be pulled into extreme poverty, and a plethora of reports focusing on the UK back up the disproportionate impact here, too, especially on women from minority ethnic backgrounds and those in low-paid jobs or with caring responsibilities.

In the spring, as Boris Johnson was struck down, there was much talk of the ‘virus that doesn’t discriminate’. How wrong we were. Empowered by a weak, floundering government, the pandemic has unearthed fault lines in our system that we have to address. The myth of ‘modern women having it all’ has been truly debunked.

Women having it all.

First, the delay in implementing a decent and viable job protection scheme at the end of the first furlough scheme and the 10pm curfew combined to create a devastating impact for those working part-time in the hospitality, arts or creative sectors. Women make up 73% of the part-time workforce, and 77% of those working without statutory sick pay are women.

Second, the announcement early in the summer to open the retail sector before schools returned was problematic and clumsy. 58% of retail workers in the UK are women, and a significant proportion of those will be working mothers. A report by the Institute for Fiscal Studies found that mothers in the UK were 1.5 times more likely than fathers to have either quit their job or lost it during the lockdown.

Third, the frequency with which children are having to isolate due to school outbreaks is a source of enormous stress for many working parents, the burden often falling on mothers. A community worker in Bristol told me that many women in low paid jobs are racked with guilt and anxiety that their biggest fear right now is that their child might be sent home from school. By not prioritising fast-track tests for school-age children, women will lose their jobs.

Sadly, this is not where the disproportionate impact on women stops. During the peak of lockdown, it quickly became evident that working mothers who were no longer able to travel to their workplace were also doing most of the homeschooling and caring for their children. Worryingly from conversations with my constituents, for huge numbers of women the expectation on them from employers did not change, despite children being at home with schoolwork to do and no family support available.

We all smiled and thought it was cute when experts appearing on Sky News had children pottering in the background or in one case, negotiating for more biscuits whilst his mum was live on air. But the emotional stress and challenge of combining work and home brought immeasurable stress and anxiety into many families.

The difference a female voice can make.

One area the government has stepped up in during the lockdown is responding to the scourge of domestic abuse. The statistics showing a spike in calls to domestic abuse support services has been distressing. A key part of Bristol’s Covid response was putting early additional measures in place so that victims knew they weren’t alone. The government’s #YouAreNotAlone campaign, signposting help available for victims in venues such as supermarkets, was invested in and rolled out swiftly.

The difference? A female former Prime Minister having laid the foundations for more government support through the landmark domestic abuse bill that is still progressing through the House. A testament if ever there was one that strong representation of women’s leadership matters.

Anneliese Dodds is doing a fantastic job of articulating the impact of Covid on women. Her forensic examination of the Chancellor’s various iterations of furlough have revealed time and again the lack of consideration for the economic contribution of women, whilst Angela Rayner’s everywoman style and experience means that she is able to tell it like it is in a way that would be unimaginable from the opposite benches.

Almost seven months on, the situation for women up and down the country continues to be disproportionately challenging. The fragility of the economy and imbalance of the labour market has been laid bare. How do we reform the workplace, wider industry, and ensure that high productivity combines with wellbeing, economic resilience and opportunity for all?

One of the lessons of Covid must be the importance of having diverse voices at the table when economic and industrial strategies are being formed. Only women’s voices can accurately share women’s realities. We need more women elected to senior positions across all levels of government. This is how we will not only build back better but build back equal. 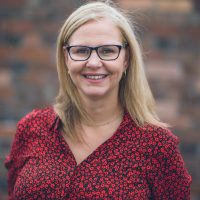