Over the last few months, it has been my privilege to talk to hundreds of Labour members as part of my campaign to be elected to the party’s national executive committee (NEC). Many members are still bruised from the crushing election defeat in December, but across the country and in every wing of the party I’ve been inspired by the dedication of members to gaining power and giving a voice to the most deprived in society – the people who really need a Labour government.

Jeremy Corbyn’s leadership brought thousands of new members into the party, and with them new ideas and new energy. However, for many, it was also an uncomfortable time when they felt unwelcome. A period when the party often spent more time fighting its internal battles in public and talking to itself, rather than looking to appeal to the voters we need to win over to gain power.

I’m standing for the NEC to represent all members in the party and make sure their energy is channelled into a credible, realistic plan to make Labour electable again. I want to be part of an NEC that takes governance seriously. To be part of a body that safeguards its members, that stands up for the membership and that is a constructive and critical colleague to the leadership.

I was born in East London and benefitted in many ways from the policies and programmes of Labour governments, councils and individual politicians. I was the first in my family to go to university, which transformed my life and its direction. It’s also been my privilege to serve as a Labour councillor in Newham, one of the most deprived boroughs in the country, where I’ve seen for myself how important it is for residents to have a Labour council in power.

My politics are from the moderate centre of the party – most of the time – and a product of growing up in a challenging part of East London. I have a working-class background, which gives me the personal outlook not to romanticise the working-class experience but to have a political outlook that recognises it’s a lived experience that is real, authentic and at times soul-destroying.

I’m also a Black man, and proud of my West Indian heritage. I know that the Black Lives Matter movement has opened many Labour Party members’ eyes to the challenges of being Black and served as a political wakeup call. But for me, like many other Black people, this is my everyday lived identity and will be my lifelong experience. Many have been shocked to learn that there has never been a Black man on the NEC. It’s my ambition to break that glass ceiling and to use my position on the NEC to put in place more inclusive policies to improve the representation of Black people across the party – as MPs, councillors, party staff and activists.

Our party talks the language of diversity, but we can do much more in how we demonstrate our commitment to our values. We must promote real diversity across all levels of our party, not just talk about it when it is convenient and criticise other organisations. We must be the visible symbol of diversity and inclusiveness – developing talent pipelines and promoting the voices of marginalised people.

I’m standing alongside some fantastic Labour Party campaigners, who have a range of experience – Luke, Johanna, Gurinder, Michael and Shama – and we’re standing together to represent the membership. To rebuild Labour into an election-winning modern campaigning machine, to be open and transparent with members and promote unity, kindness and decency across the broad church that is the Labour Party. Importantly, I want our party to have zero tolerance for all forms of discriminatory behaviour, such as racism, antisemitism, transphobia, homophobia and sexism, and champion an independent complaints process. 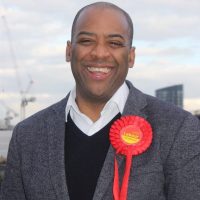 Terry Paul is a councillor in the London borough of Newham, and the cabinet member for finance and corporate services.

View all articles by Terry Paul